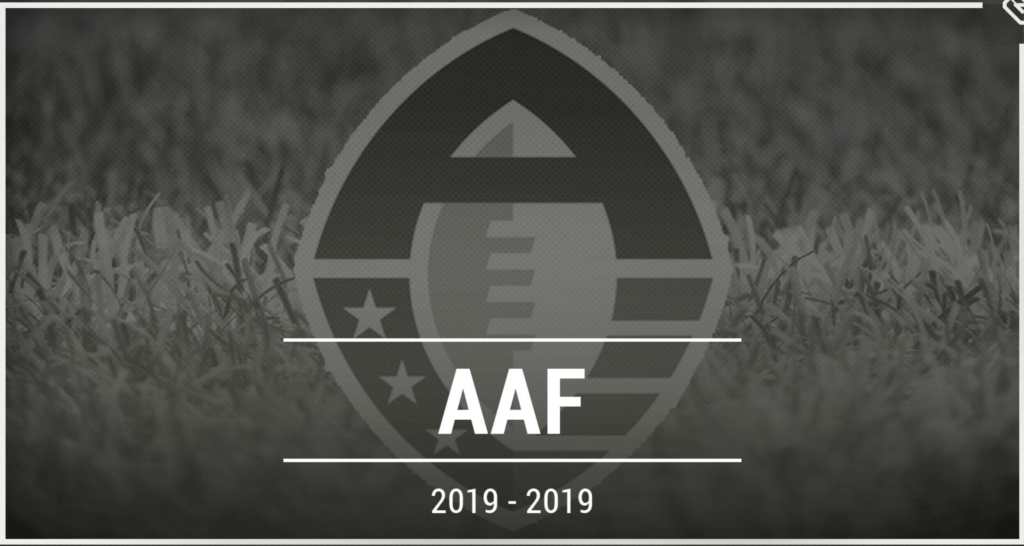 RIP To The AAF (We Blame Johnny Football)

Polian said he was “extremely disappointed” with the decision made by AAF majority owner Tom Dundon, who committed to make a $250 million investment in the eight-team league in February, putting in $70 million at the time.

“When Mr. Dundon took over, it was the belief of my co-founder, Charlie Ebersol, and myself that we would finish the season, pay our creditors, and make the necessary adjustments to move forward in a manner that made economic sense for all,” Polian said in a statement.

“The momentum generated by our players, coaches and football staff had us well positioned for future success. Regrettably, we will not have that opportunity.”

Dundon, who owns the NHL’s Carolina Hurricanes, told USA Today last week the AAF was in jeopardy because it had been unable to gain access to young NFL talent. He said the AAF “can’t be a development league” without cooperation from the NFL Players Association.

The AAF was entering Week 9 of its 10-week regular season. The teams are based in Atlanta, Birmingham (Ala.), Memphis, Orlando, Salt Lake City, San Antonio, San Diego and Tempe (Ariz.).

The MMQB reported later Tuesday that teams are making players pay for their flights home. A separate MMQB report said the league’s money problems led to teams eliminating team dinners the night before games, instead giving players a $30 per diem.

“The last check you got will be the last one that you get. No lawsuit or anything else will get you your bread,” the former Heisman Trophy winner wrote. “Save your money and keep your head up. It’s the only choice at this point unless something drastic happens.”

Orlando coach Steve Spurrier, whose team compiled a league-best 7-1 record, told reporters it was “sad to end this way.” He also claimed a victory, of sorts.

“Some of us didn’t get into the Alliance to advance our careers, but the players … I’m more disappointed for all the players that believe, ‘This is my chance to show people this, that and the other that I can play this game.’ And a lot of them will get opportunities. They’ve shown enough.”

The XFL — a football league started by Vince McMahon that folded after one year in 2001 but is set to return in February of 2020 — released a statement saying it is not concerned about the AAF’s troubles.

“We have said all along the success or failure of other leagues will have no impact on our ability to deliver high-quality, fast-paced, professional football,” the statement said. “The XFL is well-funded, we have time before kick-off to execute our business plan, and we will soon announce a national broadcast and cable TV schedule that makes it easy for fans to find our games consistently every weekend when we launch next February.

“There is no doubt that avid football fans want more, and we’re excited to get going in 2020.”