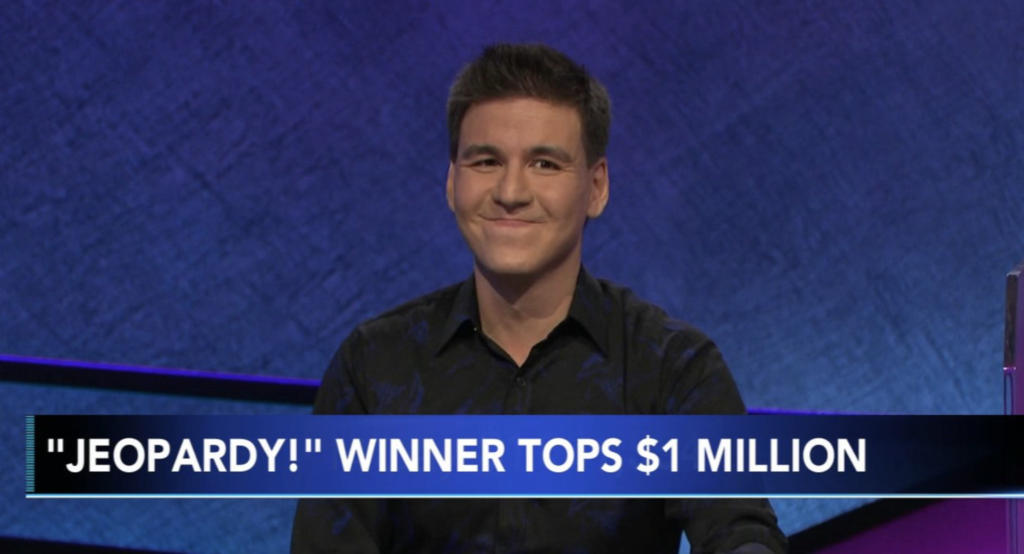 How Much Will He Win?

In Final Jeopardy, Holzhauer gave the correct answer “Grant and Lee” to the clue: “On May 1, 1869 these 2 men met at the White House, 4 years & 3 weeks after a more historic meeting between them.”

That brought his daily winnings to $118,816 — an impressive number, but not as big as an earlier win by Holzhauer.

The Naperville, Ill. native currently holds the record for most single-day winningswith $131,127. Before Holzhauer, Robert Craig was the previous record-holder with $77,000 won in a single episode, which Holzhauer bested on the April 9 episode with $110,914 before going on to beat his own record on the April 17 episode.

In the coming episodes, all eyes will be on Holzhauer, a professional sports bettor, to see if he can surpass the all-time winnings record of $2.5 million set by Ken Jennings after 74 games in 2004.

This winnings put Holzhauer in the “Jeopardy!” hall of fame, holding the top  6 places for single-game winnings and second place for highest all-time winnings in regular season play. He’s currently in fourth place for most consecutive games won, according to jeopardy.com.

Though he’s showing no signs of slowing down, Holzhauer has to win another million-plus dollars before breaking the all-time winnings record — and that’s not including tournaments. If Holzhauer goes on to play in the Tournament of Champions, he could compete to break the record of Brad Rutter, who won a total of $4.6 million when tournaments are counted.

“When I watch at home, I always root for the contestants to bet big on Daily Doubles. They get them right most of the time, and it can give them a big leg up on the competition,” Holzhauer said in a statement. “I’m proud of myself for sticking to that attitude when it was my money on the line.”