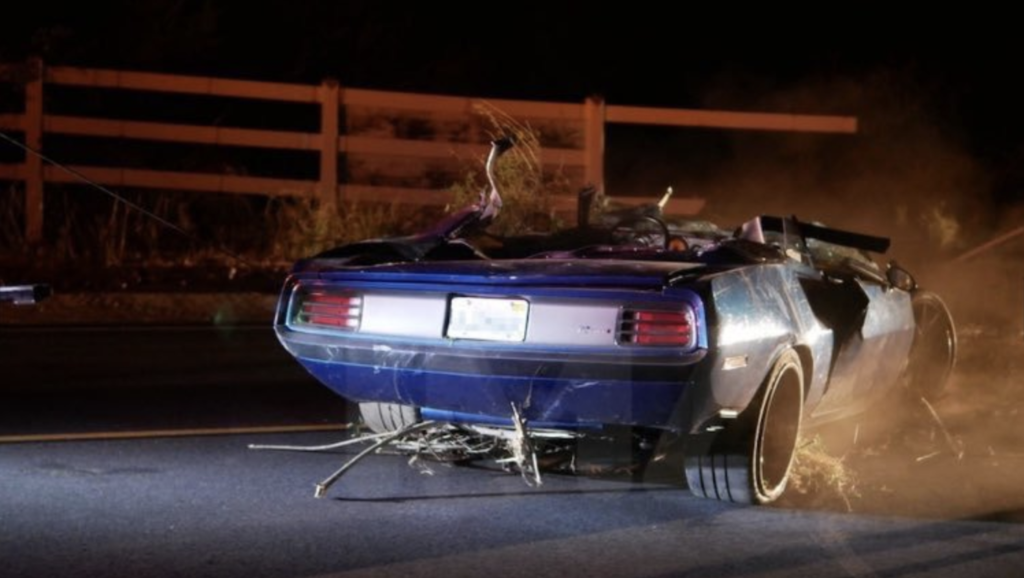 Kevin Hart was involved in a serious car accident early Sunday, The Hollywood Reporter can confirm.

According to a press release sent to THR from the California Highway Patrol, Hart was not driving the car, identified as a 1970 Plymouth Barracuda, but rather Jared Black was. According to CHP, Black lost control while driving from southbound Cold Canyon Road to eastbound Mulholland Highway, where the car left the road and rolled over down the northern embankment.

After the car rolled into a ditch, Black and the other passenger, identified as Rachel Broxterman, were trapped inside.

Following the accident, Hart left the scene for his nearby home where he sought medical attention. Both Black and the actor sustained “major back injuries” and were taken to nearby hospitals. Broxterman was not taken to the hospital and only had a complaint of pain.

Alcohol was not determined to be a factor in the crash.

Hart took to Instagram in July where he shared a photo of the vintage car, revealing that he purchased the car as a 40th birthday present. “I added some more muscle to the family for my 40th….” the actor previously shared on his Instagram. “Welcome home ‘Menace’ #MuscleCarLover.”