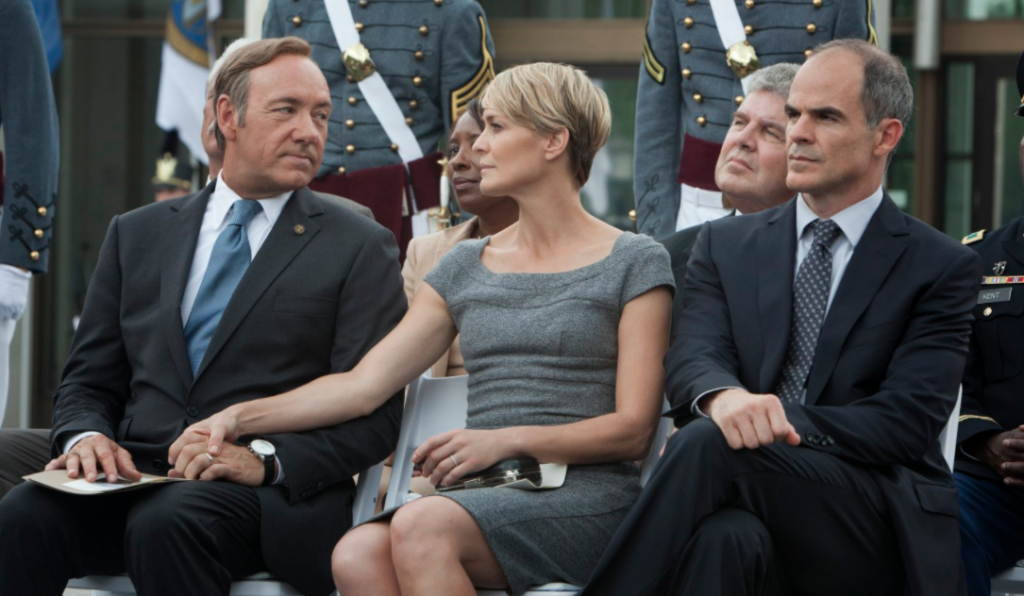 And The House Of Cards Comes Tumbling Down

Netflix Inc’s groundbreaking political drama “House of Cards” will end after its upcoming sixth season, the company said on Monday, one day after a sexual misconduct allegation emerged against star Kevin Spacey.

Netflix also said in a statement that it was “deeply troubled” about an allegation made against Spacey by actor Anthony Rapp who said Spacey had made a sexual advance to him in 1986, when Rapp was 14 years old.

Spacey said in a Twitter post on Sunday that he was “beyond horrified” to hear Rapp’s story of the encounter, which he said he did not remember. He wrote that he owed Rapp a “sincere apology” for what he said would have been “deeply inappropriate drunken behavior.”

A representative for Spacey did not immediately respond to Reuters for comment.