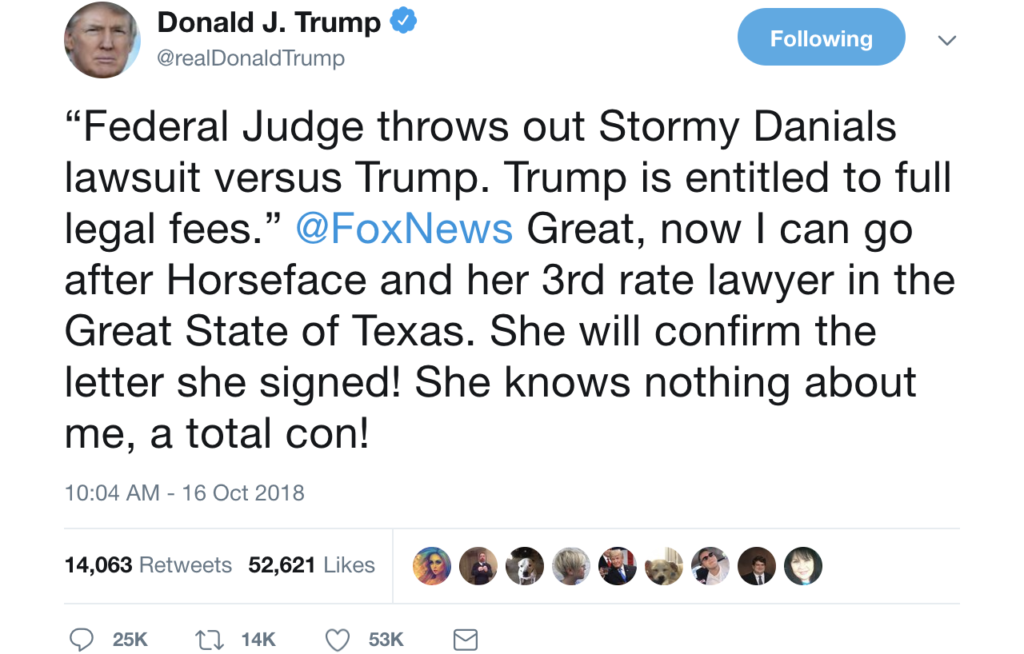 Ladies and Gentlemen, The President of the United States

Daniels alleges she had an affair with Trump in 2006 and sued him in April. The defamation lawsuit came after Trump tweeted about a composite sketch of a man Daniels says threatened her in 2011 to keep quiet about an alleged affair. He called it a “total con job.”

The judge on Monday said Trump’s tweet was a “hyperbolic statement” protected under the First Amendment.

Trump tweeted: “Great, now I can go after Horseface and her 3rd rate lawyer.”