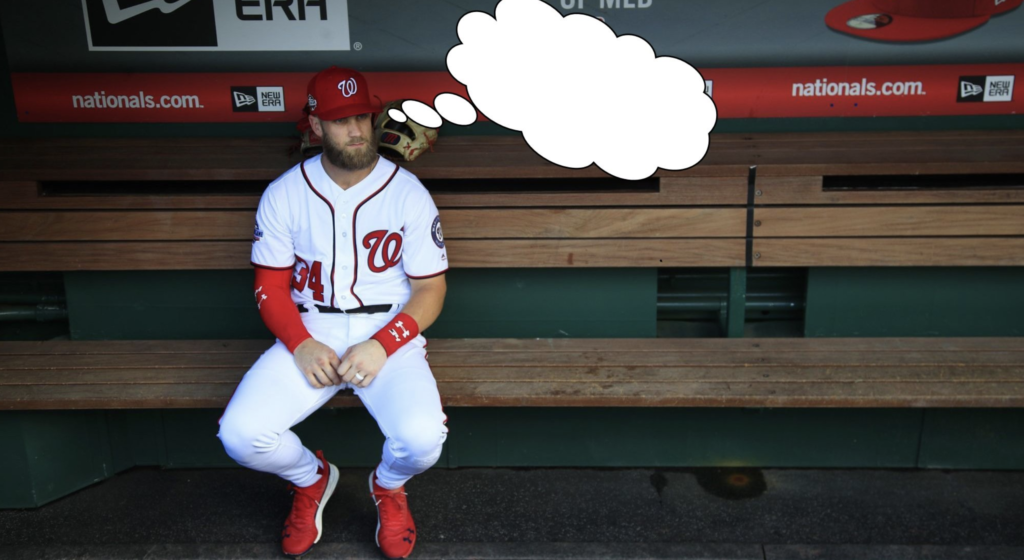 Nobody Wants To Pay The Price For Bryce

The Los Angeles Dodgers have re-entered the Bryce Harper sweepstakes after meeting with the free-agent slugger Sunday in his hometown of Las Vegas.

Dodgers manager Dave Roberts confirmed Monday that he was part of the contingent that met with Harper.

Asked about the meeting, Roberts said, “It was good.”

Although Harper is seeking a long-term contract, the Dodgers are interested in a short-term deal, according to ESPN and multiple reports.

Despite being unsigned just over a month before the start of the season, Harper has given no indication that he is willing to bend on his desire for a long-term contract, sources told ESPN’s Jeff Passan.

Harper also met with the Phillies this past weekend, and the Phillies remain confident they are going to sign the former National League MVP, sources told ESPN’s Buster Olney.

The sides are nearing a crossroads in their negotiations, sources told Olney, after Phillies managing general partner John Middleton departed from Las Vegas on Saturday. The Phillies are prepared to sign Harper to a lucrative long-term contract. The Dodgers initially reached out to Harper’s camp two weeks ago seeking a short-term deal, sources told Passan and ESPN’s Ramona Shelburne.

Other teams known to have met with Harper this winter include the San Francisco Giants, Chicago White Sox, San Diego Padres and Washington Nationals, with whom Harper spent the first seven seasons of his career.

Harper, 26, is looking for a deal in excess of the 10-year, $300 million contract the Nationals reportedly offered him at the end of the regular season. He batted only .249 in 2018 but had 34 home runs and 100 RBIs and came on strong after the All-Star break.