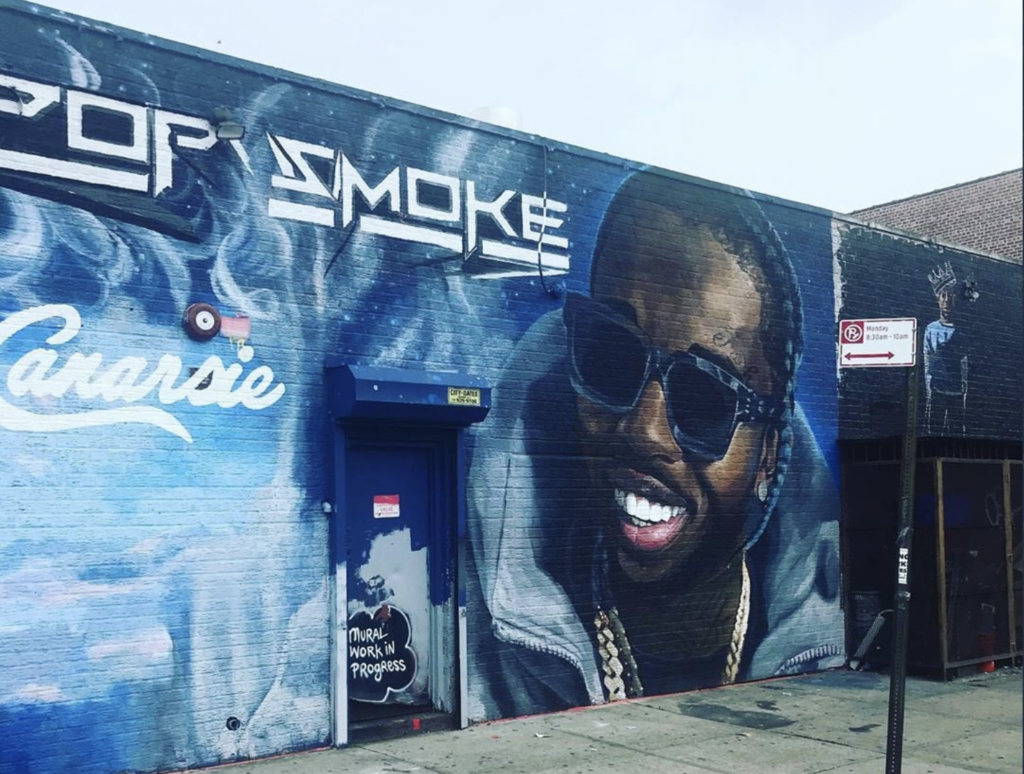 The up-and-coming New York rapper, whose birth name is Bashar Barakah Jackson, died at age 20, his record label confirmed at the time. Best known for his critically-acclaimed song “Welcome to the Party,” Pop Smoke’s posthumous debut album, “Shoot For The Stars Aim For The Moon,” was released July 3.

“Early this morning search and arrest warrants were served on several locations in Los Angeles. The warrants were all related to the Feb 19th murder of Bashar Jackson, a New York based rapper known as Pop Smoke,” LAPD Officer Norma Eisenman confirmed in a statement to USA TODAY Thursday, following a tweet from the LAPD headquarters revealing the news earlier in the day.

“RHD (Robbery Homicide Division) has three adult males and two juvenile males in custody. Once they are questioned and booked we will be able to provide the booking information,” the statement said.

In a series of updates on Twiiter, the LAPD headquarters shared the names of the adults arrested.

Authorities believe Pop Smoke was shot and killed during a Los Angeles home-invasion robbery after his social media posts led five suspects to the house he was renting, police said, according to the Associated Press.

Capt. Jonathan Tippet, who oversees the LAPD’s elite Robbery-Homicide Division, said three men and two teenage boys likely went to the home because they knew Pop Smoke was there from social media posts. They stole items from the home, though Tippet said he could not divulge what was taken. The teens were 15 and 17 years old.

“We believe that it was a robbery. Initially we didn’t really have the evidence but then we discovered some other evidence that showed this was likely a home invasion gone bad,” Tippet told AP on Thursday.

Los Angeles police had initially discounted a robbery theory. Investigators were not ruling out a robbery, but they were looking at other possible motives as well, Tippet said in February.

At the time of his death, Los Angeles police officer Lizeth Lomeli confirmed a person was shot after an unknown number of suspects wearing masks entered a home on the 2000 block of Hercules Drive in Hollywood, California, but did not identify the victim. Lomeli said a person was shot, taken to a hospital and announced dead.

Sarah Ardalani, a spokesperson for the Los Angeles County Medical Examiner-Coroner, identified Pop Smoke as the victim of the shooting.

Pop Smoke’s death came days after his mixtape “Meet the Woo 2” scored him his first top 10 spot on the Billboard charts. The rapper collaborated with artists including Travis Scott, H.E.R., Quavo and fellow New York rapper A Boogie wit da Hoodie. He was scheduled to perform at the Rolling Loud music festival in Miami this year, which  was since postponed due to the coronavirus pandemic.

Following his death, Pop Smoke’s one day total streams increased 392%, according to Nielsen Music/MRC Data’s 2020 Mid-Year Report. His album “Meet The Woo 2” debuted at No. 7 on the Billboard 200.

Tributes poured in for the rapper after his death, including from 50 Cent, who mourned the late rapper with a post on social media.

50 Cent paid tribute to Pop Smoke, who garnered comparisons to the veteran rapper. “R.I.P to my man Pop Smoke, No sympathy for winners,” 50 Cent tweeted. “God bless him.”

In January, Pop Smoke was arrested at John F. Kennedy International Airport in New York, charged with interstate transport of a stolen vehicle, according to CNN and NBC News.

He pleaded not guilty to allegedly transporting a stolen Rolls Royce Wraith across state lines, according to the outlets.

In April, the charges were dropped, according to ABC7 and Page Six.