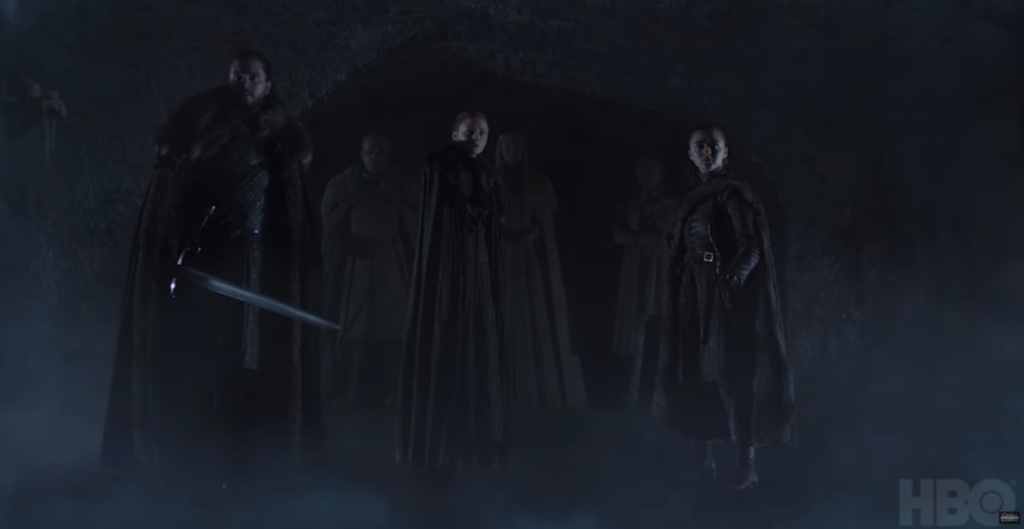 HBO has revealed that the highly anticipated final season of Game of Thrones will premiere on Sunday, April 14, at 9 p.m. ET/PT. The announcement, which came at the end of a teaser called “Crypts of Winterfell,” was made Sunday ahead of the third season premiere of HBO’s True Detective.

The teaser was directed by franchise Emmy winner David Nutter. It also includes an original score from fellow Emmy winner Ramin Djawadi. Watch it, below.

When Game of Thrones returns for its eighth and final season, it will have been off the air for more than a year and a half. (The season seven finale aired Aug. 27, 2017.)

Season eight will run for six episodes, one fewer than season seven. What the final run lacks in number, however, it may make up in running time: Individual episodes could run as long as 90 minutes. The April premiere date will also make Game of Thrones eligible for the 2019 Emmys. Season seven took home nine awards, including the outstanding drama series honor.

The final season will feature a lean directing team of veteran Thrones helmers David Nutter (the Red Wedding episode “Rains of Castamere”) and Miguel Sapochnik (the hard-hitting “Hardhome”), as well as creators David Benioff and Dan Weiss, who are helming the finale. It is said that the final season will feature one episode that is wall-to-wall action, containing the biggest battle sequence in series history. As for the final notes of the story, A Song of Ice and Fire author George R.R. Martin has long promised the tale will end on a “bittersweet” note. Prepare accordingly: Tears, much like winter, are coming.

When Game of Thrones last left off, Westeros was on the brink of its deadliest war yet. Jon Snow (Kit Harington), Daenerys Targaryen (Emilia Clarke), Tyrion Lannister (Peter Dinklage) and other legendary figures within the Thrones canon were able to cast aside their differences and work together toward fighting a common enemy: the Army of the Dead, led by the vicious Night King. Their show of unity may prove too little, too late, however; in the final scene of season seven, the White Walkers burst through the great Wall of Westeros, finally launching their march on the Seven Kingdoms, with a zombified ice dragon in tow.

What’s worse, the armies of the living are not yet at peace with one another, despite major strides in that direction. Look no further than Cersei Lannister (Lena Headey), who refuses to set aside her own self-interest for the sake of the survival of the species. Toward the end of season seven, Cersei announced her intentions to hire a mercenary company to destroy the combined Stark and Targaryen forces. While the Night King poses the greatest threat at the moment, it would be a grave mistake to discount Cersei’s deadly pettiness.

Assuming any of the heroes survive the upcoming final season, there’s no telling who will wind up on the Iron Throne. The season seven finale finally confirmed Jon Snow’s true heritage as the son of Rhaegar Targaryen and Lyanna Stark, which quite possibly gives him the greatest claim to the throne if only by birthright — but destiny doesn’t mean anything in the world of Game of Thrones. Just ask Stannis Baratheon about that.