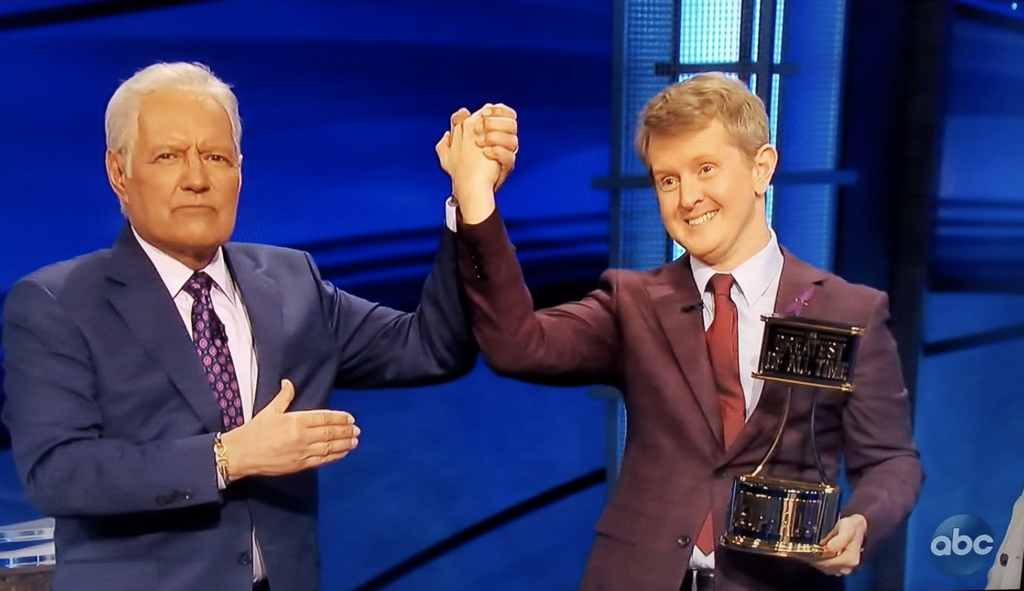 This Jeopardy! contestant is the greatest of all time.

That answer finally got its question — who is Ken Jennings? — as the iconic game show’s epic tournament came to an end on Tuesday. Jennings won his third match on the tournament’s fourth episode, defeating opponents James Holzhauer and Brad Rutter and officially earning the title of Jeopardy! GOAT.

Jennings came into the match leading the series, with two wins to Holzhauer’s one and Rutter’s zero. The two-game showdown was a close race between Holzhauer and Jennings. Holzhauer went into the first game’s Final Jeopardy only 10,000 points behind — not much by these champions’ standards — but Jennings bet big and answered correctly, racking up 65,600 points. He was trailing going into the second game’s Final, with 23,000 points to Holzhauer’s 44,000. But while Jennings answered correctly again, Holzhauer did not, losing all his points and handing the win to Jennings. Jennings’ victory brings his Jeopardy! winnings total, including tournaments, to $4,370,700.

The prime-time tournament pitted the three highest-earning champions in Jeopardy! history against each other for the first time ever. Jennings, who still holds the records for longest Jeopardy! winning streak (74 games) and highest winnings total in regular-season gameplay ($2,520,700), had faced Rutter several times before. He lost each time except in the 2011 “IBM Challenge” tournament, when both men lost to IBM’s Watson computer. (Jennings placed second, Rutter third.)