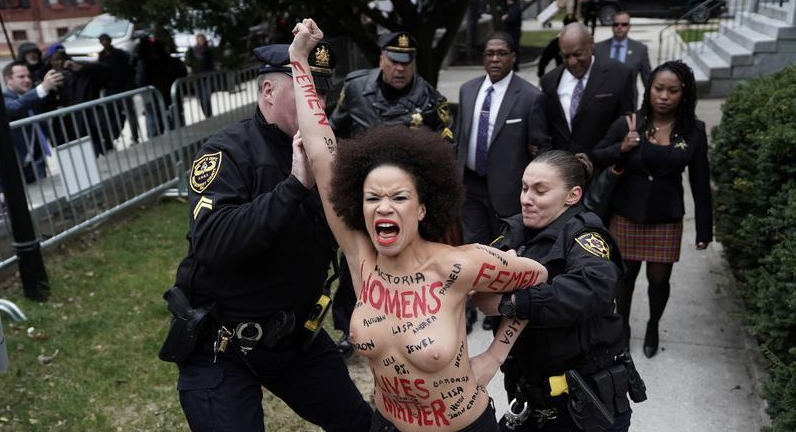 Take 2. The Cosby Retrial Begins To

Against the backdrop of the #MeToo movement, the sexual assault retrial of Bill Cosby will get underway Monday in suburban Philadelphia with a new jury, a new defense team, and a new cultural awareness of the slew of rich, powerful, and famous men who have been accused of sexual misconduct.

Cosby is — so far at least — the only major Hollywood entertainer to face a jury in this heated atmosphere, and the retrial is likely to serve as a bellwether of how the justice system deals with such accusations. The once-revered star is charged with three counts of aggravated indecent assault — he has pleaded not guilty.

Cosby’s first trial ended in June when a jury deadlocked on all charges after more than 50 hours of deliberations. He is now facing a new jury — seven men and five women — selected last week in Montgomery County, just outside of Philadelphia. Two of the jurors are black.

Opening statements are set for Monday, though a court filing late Friday could put a snag in the schedule. Defense lawyers asked the judge to replace one juror who, according to the defense motion, made it clear to other prospective jurors that he has “a fixed opinion about Mr. Cosby’s guilt in this case.”

They also asked for other jurors to be questioned about what they heard. The juror — identified only as Juror 11 — could be replaced by one of the six alternates also selected last week.

Cosby, now 80, is charged with drugging and sexually assaulting Andrea Constand, then the operations manager of Temple University’s women’s basketball team and now a massage therapist living in Canada. Cosby, a Temple alum who had been a major booster of the university, has maintained that their sexual encounter was consensual.

Constand is one of some 50 women who have accused the iconic comedian of drugging and then assaulting them — but she is the only one whose allegation became the focus of a criminal charge. The charges were filed just days before Pennsylvania’s 12-year statute of limitations was due to expire.

Though he was known as “America’s Dad” from his years on “The Cosby Show,” which aired from 1984 to 1992, his image crashed in 2014 as the women went public with their claims.

While the retrial is likely to be largely a repeat of the first trial, there are some key changes.

After the mistrial in June, Cosby switched lawyers. His team is now led by Los Angeles defense lawyer Tom Mesereau, who successfully defended Michael Jackson against child molestation charges back in 2005.

The retrial is likely to be longer — perhaps up to a month — and Cosby’s defense is expected to mount a more vigorous attack on the credibility of Constand, portraying her as a greedy and lying woman who framed Cosby to get a big-money civil settlement.

Last week, Judge Steven T. O’Neill ruled that the amount of that civil settlement, which has remained confidential for years, may be disclosed to the new jury. He also tentatively allowed the testimony of a woman who has told the defense that Constand once remarked that she could say she had been sexually assaulted by someone in order to get a financial settlement.

Prosecutors, meanwhile, are poised to call five other women who say that Cosby sexually assaulted them. In the first trial, the judge allowed only one other woman to testify.

But perhaps the biggest change of all is the cultural atmosphere created by the growing list of famous entertainment and media figures – including veteran Hollywood producer Harvey Weinstein – whose careers have been derailed by allegations of sexual misconduct or harassment.

The big question, of course, is how that atmosphere will affect the outcome of the case against the once-beloved entertainer.