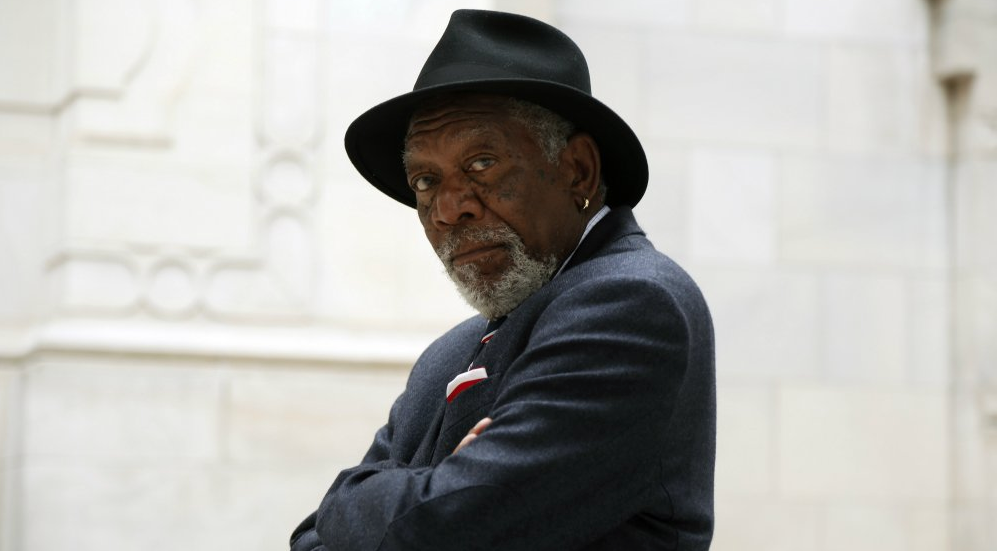 Eight women have accused Morgan Freeman of sexual misconduct in a CNN report about the actor’s alleged inappropriate behavior, describing multiple troubling incidents throughout his career.

In all, 16 people spoke to CNN about Freeman as part of the investigation; eight witnesses and eight who claim to be victims. The outlet’s entertainment reporter Chloe Melas — who co-authored the article — was the only victim who spoke on the record.

A young production assistant said that in the summer of 2015, while she was working on Freeman’s bank heist comedy Going in Style, she was subjected to several months of harassment. She alleged that Freeman repeatedly touched her without permission, resting his hand on her lower back or rubbing her lower back, and frequently made comments about her figure and clothing.

In one incident, she said Freeman “kept trying to lift up my skirt and asking if I was wearing underwear,” adding that he never successfully lifted her skirt. “Alan [Arkin] made a comment telling him to stop. Morgan got freaked out and didn’t know what to say.”

At a spokesperson’s request, CNN emailed “a detailed list” of the accusations against Freeman but received no response at the time of publishing.

When reached by The Hollywood Reporter, a rep for Freeman provided the following statement from the actor: “Anyone who knows me or has worked with me knows I am not someone who would intentionally offend or knowingly make anyone feel uneasy. I apologize to anyone who felt uncomfortable or disrespected — that was never my intent.”

CNN’s investigation into Freeman’s behavior came after the news company’s own entertainment reporter, Melas, claimed to have experienced harassment from the Oscar winner during a press junket interview for Going in Style.

Melas was six-months pregnant at the time of the interview. She alleged that, in a room full of people that included his co-stars Arkin and Michael Caine, Freeman shook her hand and repeated a variation of “I wish I was there.” She also claimed that he said to her, “You are ripe.”

Cameras were rolling and recorded Freeman telling Melas, “Boy, do I wish I was there.” His other comments were not caught on film. Melas was the only CNN employee there at the time. Later, Melas reported the incident to CNN HR, who then reached out to the HR department at Warner Bros., distributor of the film. (Both CNN and Warner Bros. are owned by Time Warner.)

Melas said she was informed that Warner Bros. was unable to corroborate her account because “only one of Freeman’s remarks was on video and the Warner Bros. employees present did not notice anything.” Melas and her supervisor later agreed not to cover the movie.

Warner Bros. confirmed to CNN that what Melas said was accurate but declined further comment. A rep for Caine declined to comment, and a rep for Arkin said the actor was not available to comment.

On Thursday, CNN released footage of the filmed interaction between reporter Melas and Freeman, as well as video footage of Tyra Martin, an entertainment producer at Chicago’s WGN-TV, fielding remarks about her appearance from Freeman at a press junket.

Elsewhere in the report, a former employee of Freeman’s Revelations production company said the actor made an inappropriate comment to her on the set of his science documentary TV series, Through the Wormhole. The woman claimed Freeman “looked me up and down” and then asked her, “How do you feel about sexual harassment?”

She said of the encounter: “I was stunned. This is the person that I worked for. This is his company. I didn’t expect it at all. … I said timidly, ‘I love it’ in a sarcastic way, hoping to make light of the situation because I was so confused. And then he turned to the guys on the crew … and said, ‘See guys, this is how you do it.'”

Another former female Revelations employee said Freeman would “come over to my desk to say hi, and he’d just stand there and stare at me. He would stare at my breasts.”

“If I ever passed him he would stare at me in an awkward way, would look me up and down, sometimes stopping and just staring,” she said. “One time he stopped, looked me up and down as I walked into a room of people, and everyone burst out laughing. And I literally froze, feeling very uncomfortable, and one of the people in the office said, ‘Don’t worry, that’s just Morgan.'”

A male former employee equated Freeman’s behavior to that of a “creepy uncle.”

“One time I witnessed Morgan walk up to an intern and start massaging her [shoulder],” he said. “The intern got visibly red and wiggled out of his grasp. It was awkward.”

Another former employee said she was present when the male employee told several people about the incident. Other male employees claimed that Freeman, on multiple occasions, asked women to twirl for him. Two former staffers and a writer on Freeman’s Madam Secretary said one of the twirl requests came at Freeman’s 79th birthday party, which was thrown by Revelations and attended by approximately 30 people.

A former exec at Revelations said Freeman exhibited more uncomfortable behavior toward women at the party.

The Madam Secretary writer said some of Freeman’s behavior came around the same time the #MeToo movement took off in late 2017, adding that writers on the show joked “that Morgan would be the next person to be called out.”

As previosuly reported by THR, Freeman’s Revelations co-founder Lori McCreary was on the receiving end of controversial commentary. In 2016, Freeman commented about McCreary’s outfit in front of 400 people at a Produced By conference, saying, “She had on a dress cut to here.”

“She wants to be thought of as serious,” he said in front of McCreary, who was on the panel. “But you can’t get away from the short dresses.”

Freeman later brushed off his remarks during a Today show appearance, insisting that what he said was “in jest” and asked, “How is that news?” At the time, a source told THR that McCreary “did not visibly react to the comment.”

But the former Revelations executive said McCreary was upset. “I tried to console her and she was clearly upset, and I think she was surprised and found it hurtful and embarrassing,” the former executive told CNN in the report. “She was devastated.”

Another former employee said Freeman’s people would be shocked that he was capable of exhibiting such behavior.

“[He’d say] things like ‘I’d like to have an hour with her’ or make vulgar and sexual comments about women,” a former male employee said. “He would be verbally inappropriate, and it was just shocking. You’re more shocked than anything because it’s hard to have the wherewithal to say to him, ‘That’s inappropriate.’ You’re just, like, ‘Whoa.'”

He continued, “It’s hard because on any set he is the most powerful person on it. It’s weird because you just don’t expect it from Morgan Freeman, someone who you respect.”

“In light of information we’ve learned through news stories this morning of serious allegations against actor Morgan Freeman, TransLink has decided to pause his voice announcements as part of a VISA ad campaign on the transit system,” the company said Thursday morning in a statement.

Later on Thursday, VISA announced it was pulling all advertisements featuring Freeman. “We are aware of the allegations that have been made against Mr. Freeman. At this point, Visa will be suspending our marketing in which the actor is featured,” the company said in a statement. The actor has been featured in various ads for the company over the years.