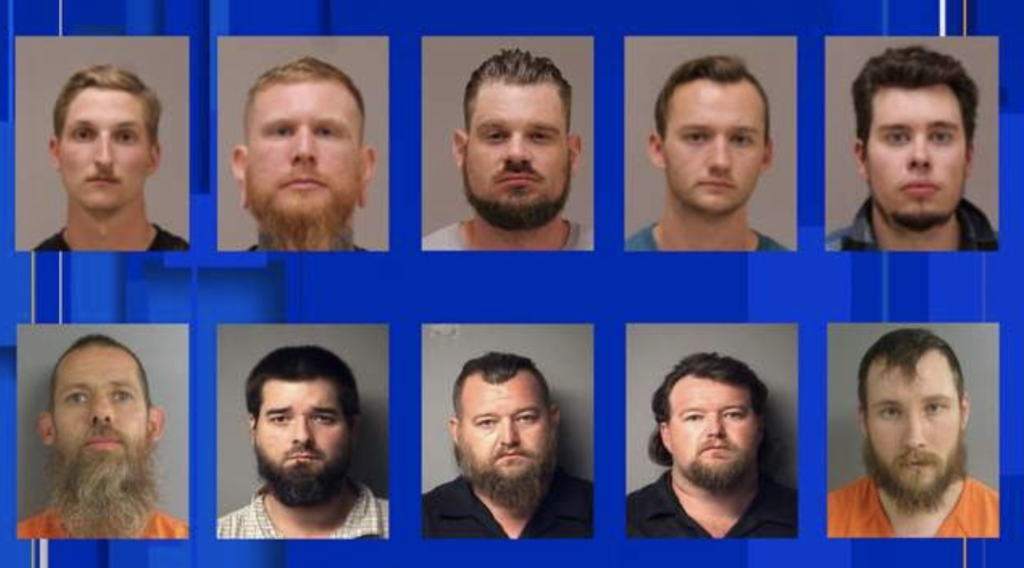 “Snatch and grab, man,” Adam Fox told an FBI informant in July. “Grab the fuckin’ governor. Just grab the bitch. Because at that point, we do that, dude – it’s over.”

Fox, from Michigan, is now facing a potential life sentence, along with five other men, for an elaborate plan to kidnap the state’s Democratic governor, Gretchen Whitmer, and put her on trial for “treason”, according to the FBI.

The chilling plot, revealed in an FBI affidavit released on Thursday, was a months-long effort that also saw members of a rightwing militia consider forgoing the kidnapping and instead executing Whitmer on her doorstep.

The news sent shockwaves through the country, as the US faces one the most divisive and viciously fought elections in its history in less that four weeks. The vote has already been marred by accusations of voter suppression, civil unrest linked to police brutality and sometimes violent incidents by heavily armed rightwingers.

The FBI document showed just how far along the men got in their planning, and how credible the threat became against Whitmer, who had been considered for the role of Joe Biden’s running mate. In recent months, Whitmer has become a focal point of anti-government sentiment and anger over coronavirus lockdown measures.

According to the affidavit, plotters twice surveilled the governor’s vacation home and discussed blowing up a bridge leading to the house and using a boat to flee with the captured Whitmer.

The plot continued to gather pace into October, before the FBI arrested Fox, Barry Croft, Ty Garbin, Kaleb Franks, Daniel Harris and Brandon Caserta in a series of raids on Wednesday night.

“When I put my hand on the Bible and took the oath of office 22 months ago, I knew this job would be hard,” Whitmer said on Thursday. “But I’ll be honest, I never could have imagined anything like this.”

The FBI affidavit provides a detailed look into how the plot to kidnap Whitmer developed through June, July, August and September, and also shows how the men were doomed throughout – as an informant reported back to the FBI at every turn.

The FBI had begun to monitor a “group of individuals” in early 2020, the agency said, after it became aware of discussions about “the violent overthrow of certain government and law-enforcement components”.

Croft and Fox were among those involved, after they became convinced that Michigan was one of several states violating the US constitution.

Whitmer had become a hate figure among the rightwing through spring, when she was among a number of state governors to issue stay-at-home orders in an attempt to stop the spread of coronavirus.Advertisement

In April, thousands of protesters, many armed, besieged the Michigan state capitol, in Lansing, to demonstrate against Whitmer’s order.

The protesters chanted: “Lock her up”, a common refrain used by Trump supporters towards Hillary Clinton in 2016, and Donald Trump seemingly offered his support, tweeting: “LIBERATE MICHIGAN!” on April 17.

It was against this backdrop that the FBI picked up on plans to attack the Michigan state capitol.

At a meeting on 6 June, Croft, Fox and more than a dozen people from several states discussed creating “a society that followed the U.S. Bill of Rights and where they could be self-sufficient”, according to the FBI.

Croft and Fox decided they needed to increase their numbers, and contacted a militia group led by Garbin. From there, plans to attack the capitol began to escalate.

Fox asked to join forces with Garbin, and at a meeting in Dublin, Ohio, Fox said he needed to recruit “200 men” to storm the capitol building and take hostages, including Whitmer.

If successful, the group would have tried Whitmer for treason, according to the FBI affidavit. They intended to carry this out before the elections on 3 November.

The plan was more than just a pipe dream.

On 20 June, Fox held a clandestine meeting at his business in Grand Rapids to plan the attack, the FBI said.

Attendees, who included Grabin, were required to hand over their cellphones and used a hidden trapdoor to reach a basement.

At the meeting Fox and others discussed how they would assault the state capitol and counter police. They planned to use “Molotov cocktails”, according to the FBI, to destroy police vehicles.

At the end of the meeting, recorded by an FBI informant who was wearing a recording device, the conspirators agreed to conduct firearms and tactical training over a weekend in July.

In Cambria, Wisconsin, Fox, Croft, Garbin, Franks and Caserta took part in “combat drills”, according to the FBI.

Over the weekend the militia group attempted to construct two explosive devices, using balloons, a fuse and ball bearings, although neither device detonated.

By mid-July, the plans were shifting away from an assault on the Michigan capitol, as the group homed in on Whitmer’s vacation home and the governor’s official summer residence.

“We about to be busy ladies and gentlemen,” Fox posted to a private Facebook page.

“This is where the Patriot shows up. Sacrifices his time, money, blood sweat and tears… it starts now so get fucking prepared!!”

On 27 July, Fox discussed his plan to “snatch” Whitmer with the FBI informant, and in August, one of the planners suggested taking the kidnapping plan further.

“Have one person go to her house,” Harris wrote in an encrypted group chat.

“Knock on the door and when she answers it just cap her.”

“Ok sounds good I’m in for anything as long as it’s well planned.”

The execution plan seems to have been set aside, as the group instead discussed how to map out Whitmer’s vacation home, and how they would recruit people who could read blueprints to help refine the attack.

Some of those arrested by the FBI continued to experiment with explosive devices, and proposed hiring a “demo guy” for the heist.

At the end of August, some of the conspirators conducted surveillance on the Whitmer’s vacation home, taking photos and video footage as they discussed how many people would be needed for the kidnapping.

A plan to escape from the property by boat – with Whitmer hostage onboard – was also discussed.

Croft, Fox, Garbin, Franks and others travelled to the house again on 12 September, according to the FBI.

The next day they agreed to conduct a final training exercise in late October – an exercise which now will not take place.

Speaking on Thursday, Whitmer thanked law enforcement and said she hoped the criminal charges would “lead to convictions, bringing these sick and depraved men to justice”.

She said the pandemic ought to be a time for unity – saying “we are not one another’s enemy, the virus is our enemy” – but she accused Trump of stoking division instead of bringing the American people together and said the president was “rallying” groups such as the ones that plotted her kidnap.

“Hate groups heard the president’s words not as a rebuke but as a rallying cry, as a call to action,” she said.