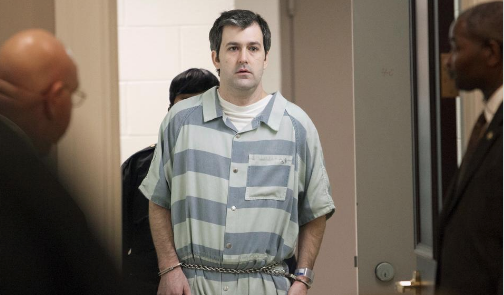 The Cop That Killed Walter Scott Got 19-24 Years

U.S. District Judge David Norton made the ruling after saying he would follow sentencing guidelines to send Slager to prison for 19 to 24 years. The former officer could have faced life in prison. Norton ruled that Slager committed second-degree murder and obstruction of justice.

It was an emotional day for both the Scott and Slager families. At one point Scott’s mother looked the former officer in the eye and told him she forgave him.

Walter Scott’s brother, Rodney Scott, called the death of his brother the worst day of his life. Rodney Scott said he wants Slager to pay for his actions.

Slager’s father, mother, sister and wife also spoke to the judge, begging for a lighter sentence. They talked about how Slager led a life of service and how upset they were after the shooting.

The judge’s decision comes after Slager, who is white, pleaded guilty to a federal civil rights offense.

Slager shot and killed Walter Scott on April 4, 2015, while Slager was an officer with the North Charleston Police Department. Witness video that surfaced shortly after the encounter appeared to show the moment Slager fatally shot Walter Scott as he ran away. He was fired from the force after the shooting.

Slager was charged in South Carolina with murder and pleaded not guilty. During the murder trial, Slager’s attorney said his client shot Walter Scott because he was in fear for his life. In 2016, the case ended in a mistrial. The state retrial and federal trial were expected to take place this year, but instead, in May Slager pleaded guilty to violating Walter Scott’s civil rights in federal court, ending the federal case against him and also resolving the state charges that were pending after the mistrial.

The judge’s ruling today followed several days of testimony, including from Feiden Santana, the witness who filmed the shooting.