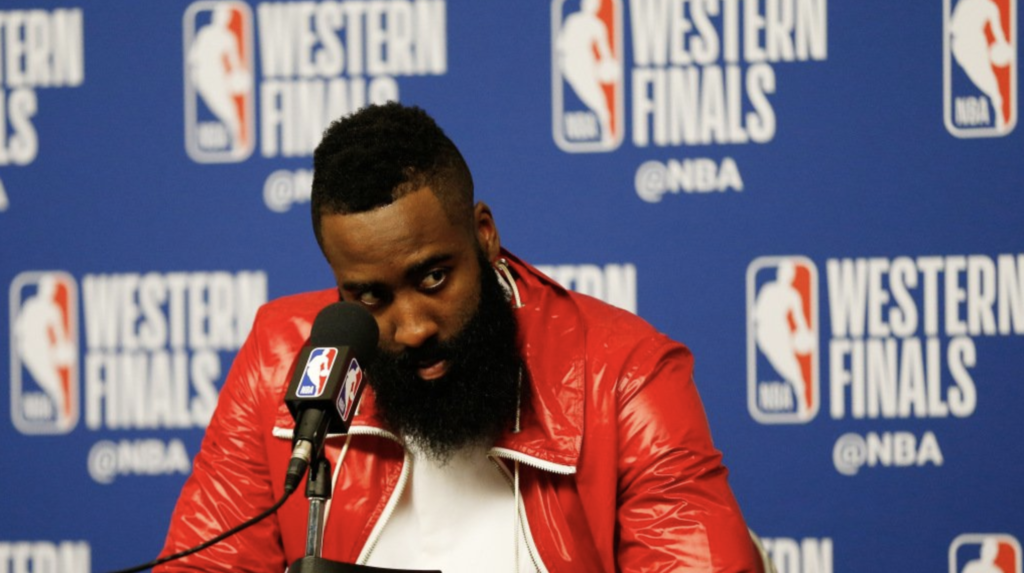 The Rockets Have Taken Crying About Fouls To Another Level

Officiating was at the center of the Golden State Warriors’ 104-100 win over the Houston Rockets on Sunday. Neither team was particularly happy with how the game was handled, with Andre Iguodala venting to Yahoo Sports’ Chris Haynes about several calls on Steph Curry, and James Harden voicing his issues at his postgame news conference.

While both teams have some legitimate gripes after Game 1, the Rockets actually have data to back it up. Sam Amick of the Athletic reported that the Rockets have spent the last year collecting and analyzing officiating data on their recent playoff games against the Warriors (specifically the 2018 Western Conference finals, which lasted seven games). The Rockets believe that the Warriors are getting a significant officiating advantage, according to Amick:

The Rockets, according to the sources, had a double-digit point deficit in six of the seven games (and a small edge in Game 2). In all, sources say, they were harmed to the tune of 93 points. Game 7 was the worst, the research showed, with the league-issued report indicating they should have had 18 more points. More specifically, two of the 27 consecutive missed 3-pointers that did them in were ruled to have been missed foul calls.

ESPN obtained a memo the Rockets intended to send to the NBA (but never did), which argued that officiating changed the course of the entire playoffs.

“Referees likely changed the NBA champion,” says the memo, addressed to Byron Spruell, the NBA’s president of league operations. “There can be no worse result for the NBA.”

According to ESPN, the Rockets never sent the memo and the accompanying report because they communicated the information during in-person meetings.

The study points the Rockets supposedly missed out on are big enough that even just a handful of different calls could have made the 2018 playoffs look a lot different. But there is one major caveat. The Rockets calculated their own point totals from the info they received from the NBA, but the NBA doesn’t assign points to missed calls. NBA spokesman Mike Bass told ESPN “As we told the Rockets, we do not agree with their methodology.”

Both Amick and ESPN reported that at least some of the Rockets’ research has made it to the NBA. But considering that the NBA has already said publicly that it doesn’t agree with how the Rockets have come to those conclusions, it doesn’t seem like the officiating is going to change — at least not in the short term.