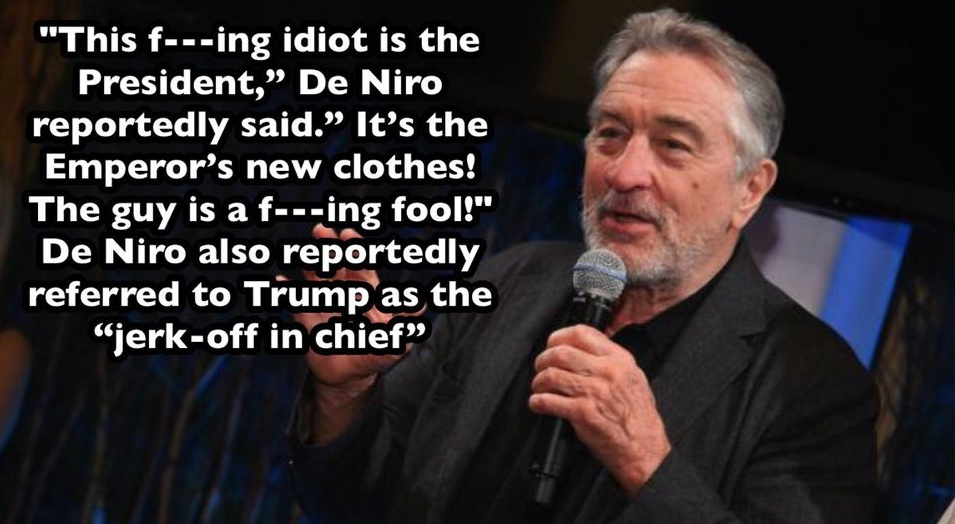 Trump’s Gonna Be Tweeting About This

De Niro was speaking at the National Board of Review Annual Awards Gala. According to The New York Times, he used the occasion to tear into Trump.

“This f—ing idiot is the president,” De Niro said, according to a transcript provided by a Times reporter. “It’s The Emperor’s New Clothes – this guy is a f—ing fool.”

De Niro also blasted Trump for his repeated attacks on the media.

“Our baby-in-chief – the jerkoff-in-chief, I call him – has put the press under siege, ridiculing it through trying to discredit it through outrageous attacks and lies,” he said, according to the Times.

“And again, just like in 1971, the press is distinguishing itself with brave, exacting journalism,” De Niro continued, referring to the media’s coverage of the Watergate scandal.

De Niro has previously slammed Trump, calling him a “flat-out blatant racist” and once saying in a viral video that he would like to “punch him in the face.”