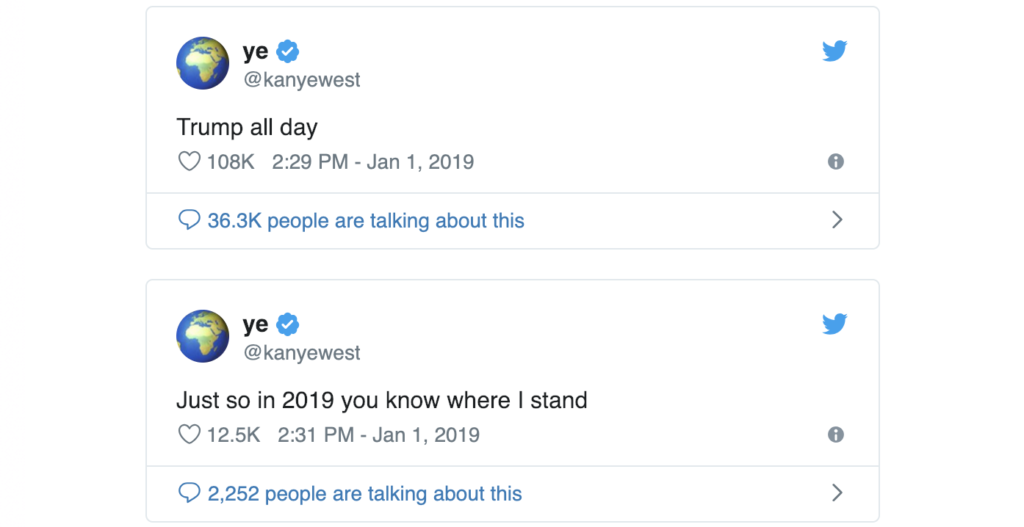 Kanye West has begun 2019 with a Donald Trump-related rant.

The rapper – whose support for the President was thought to have waned in recent weeks – took to Twitter to reaffirm his support for Trump, posting: “Trump all day… Just so in 2019 you know where I stand.”

West went on to post about wearing his Make America Great Again hat, writing on the social media platform: “From now on I’m performing with my mutherf**king hat on.”

“One of my favourite of many things about what the Trump hat represents to me is that people can’t tell me what to do because I’m black,” he continued.