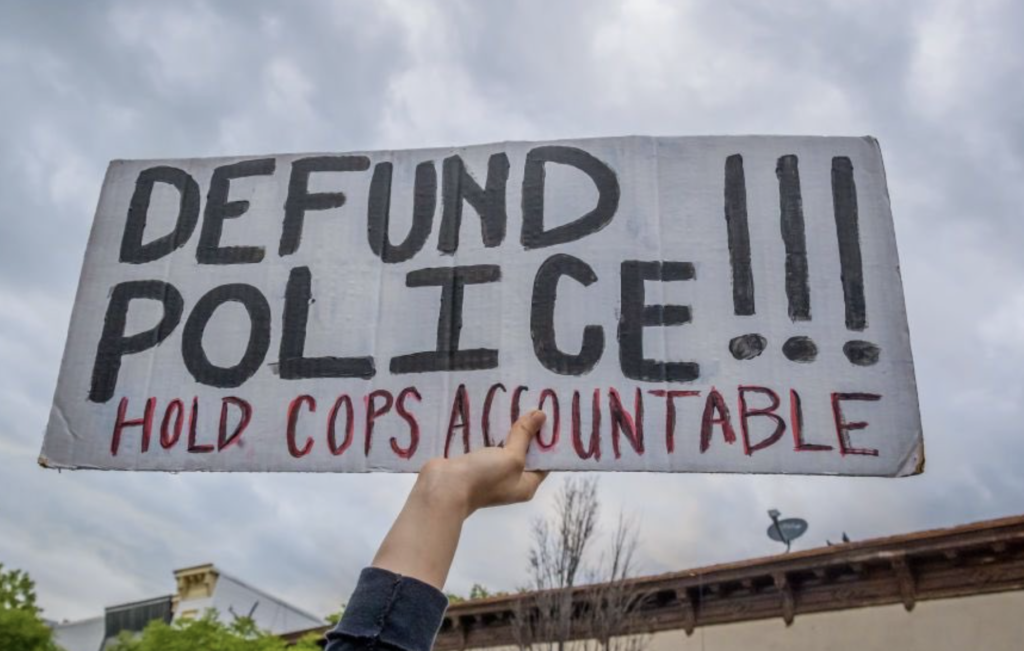 What Does Defund The Police Mean?

Since George Floyd’s death, a long-simmering movement for police abolition has become part of the national conversation, recast slightly as a call to “defund the police.” For activists, this conversation is long overdue. But for casual observers, this new direction may seem a bit disorienting — or even alarming.

Be not afraid. “Defunding the police” is not as scary (or even as radical) as it sounds, and engaging on this topic is necessary if we are going to achieve the kind of public safety we need. During my 25 years dedicated to police reform, including in places such as Ferguson, Mo., New Orleans and Chicago, it has become clear to me that “reform” is not enough. Making sure that police follow the rule of law is not enough. Even changing the laws is not enough.

To fix policing, we must first recognize how much we have come to over-rely on law enforcement. We turn to the police in situations where years of experience and common sense tell us that their involvement is unnecessary, and can make things worse. We ask police to take accident reports, respond to people who have overdosed and arrest, rather than cite, people who might have intentionally or not passed a counterfeit $20 bill. We call police to roust homeless people from corners and doorsteps, resolve verbal squabbles between family members and strangers alike, and arrest children for behavior that once would have been handled as a school disciplinary issue.

Police themselves often complain about having to “do too much,” including handling social problems for which they are ill-equipped. Some have been vocal about the need to decriminalize social problems and take police out of the equation. It is clear that we must reimagine the role they play in public safety.

Defunding and abolition probably mean something different from what you are thinking. For most proponents, “defunding the police” does not mean zeroing out budgets for public safety, and police abolition does not mean that police will disappear overnight — or perhaps ever. Defunding the police means shrinking the scope of police responsibilities and shifting most of what government does to keep us safe to entities that are better equipped to meet that need. It means investing more in mental-health care and housing, and expanding the use of community mediation and violence interruption programs.

Police abolition means reducing, with the vision of eventually eliminating, our reliance on policing to secure our public safety. It means recognizing that criminalizing addiction and poverty, making 10 million arrests per year and mass incarceration have not provided the public safety we want and never will. The “abolition” language is important because it reminds us that policing has been the primary vehicle for using violence to perpetuate the unjustified white control over the bodies and lives of black people that has been with us since slavery. That aspect of policing must be literally abolished.

Still, even as we try to shift resources from policing to programs that will better promote fairness and public safety, we must continue the work of police reform. We cannot stop regulating police conduct now because we hope someday to reduce or eliminate our reliance on policing. We must ban chokeholds and curb the use of no-knock warrants; we must train officers how to better respond to people in mental health crises, and we must teach officers to be guardians, not warriors, to intervene to prevent misconduct and to understand and appreciate the communities they serve.

Why must we work on parallel tracks? First, all police will not be defunded or abolished anytime soon, and we cannot wait to make changes that will save lives and reduce policing harm now. Experienced advocates know this. This is why, for example, Campaign Zero just launched the #8cantwait campaign, which urges law enforcement agencies to immediately adopt eight use of force reforms, even as it continues its divest/invest strategy to end police killings.

More fundamentally, we must continue with reforms because abolition doesn’t go far enough. Policing didn’t invent America’s institutionalized racism, social inequity or stereotyped masculinity: Policing harms are a product of these broader pathologies. If we were to get rid of policing tomorrow, those pathologies would remain. And they would continue to be deadly: Race bias in our health-care system has likely killed far more African Americans and Latinx via covid-19 than the police have this year. Successful police reforms help us learn how to identify and mitigate the harms of these structural features, even as we work to remake them.

In this moment, we have a chance to make not just policing, but our entire country, fairer and safer. We must think creatively and educate ourselves. We must ask hard questions and demand answers about public safety budgets.

We should have unflinching debates about when, where and how to seek police reforms instead of defunding. But we should move forward on both tracks so that we can save lives even as we transform the police.