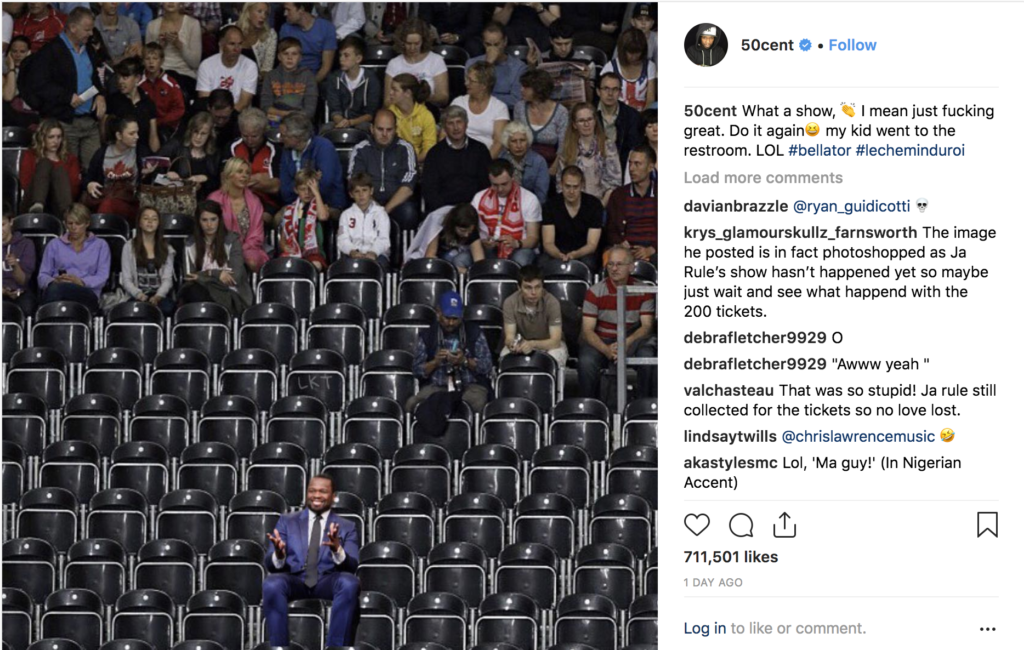 Who Else Thinks This Never Ending Beef Will Get Ugly?

50 Cent and Ja Rule’s beef dates back to the late ’90s, which means that their rivalry is officially older than some of the rappers on today’s charts.

Ja and 50 were feuding before Lil Pump was born. And in keeping with their finely aged beef, 50 Cent decided to troll Ja Rule in exceptionally (and expensively) petty style: He says he bought 200 of the best seats at an upcoming Ja Rule concert, just so he could leave them empty.

Apparently, Groupon was selling tickets to a Ja Rule and Ashanti concert for just $15 a pop, a true bargain for anyone who listened to the radio in 2002. Recognizing a hell of a good deal, 50 Cent posted to Instagram, saying that he bought 200 of the first row tickets so he could leave them empty. In case we couldn’t visualize his trolling, 50 provided a helpfully Photoshopped rendering.

200 tickets at $15 each would mean that 50 Cent-who, though Vitamin water and bitcoin rich, just paid off more than $22 million to settle a bankruptcy case last year-paid a total of $3000 to pour fuel on a beef that’s nearly old enough to be a college sophomore.