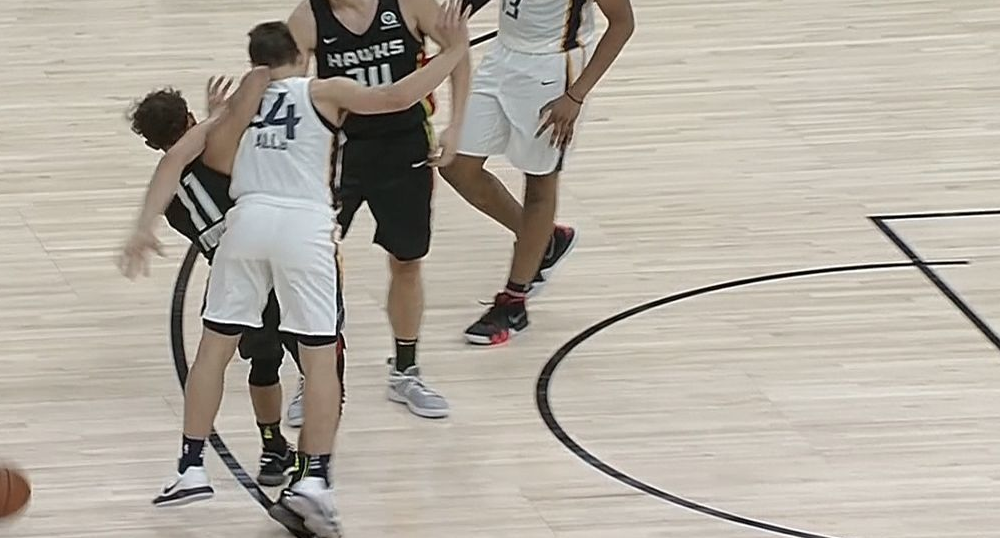 Trae Young and Grayson Allen mixing it up in Summer League ? pic.twitter.com/wCJx50Q2GS

You Knew It Wasn’t Going To Take Grayson Allen Long

The play occurred just after halftime during a Hawks offensive possession. After coming off a pindown, Young popped out to the top of the 3-point arc and caught a pass and was met by Allen. As Young rose to shoot, he and Allen hooked arms. The two guards remained engaged as Young tried to wrestle free, and the pair scuffled as Young’s right arm lowered onto Allen’s back. Allen retaliated by thrusting his head into Young’s chest.

Referees intervened as teammates of both players responded to the fracas. Allen and Young were each assessed a technical foul, and Allen also was charged with a personal foul.

Both players struggled from the field, with Allen shooting 2-for-13, and Young converting 3 of his 16 attempts.