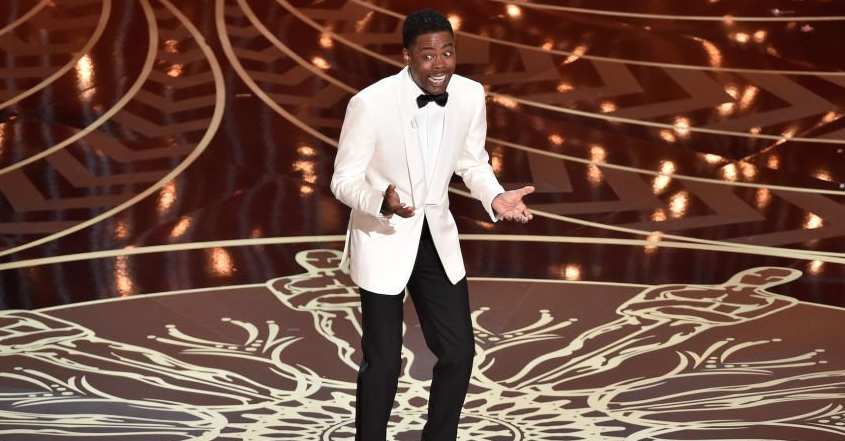 Chris Rock took the stage of the 88th Academy Awards and immediately delved into the diversity controversy  surrounding this years show.

With a handful of Hollywood heavy hitters boycotting the show and the hashtag ‘OscarsSoWhite’ going viral, the fact that no minorities were nominated in any of the categories for a second consecutive year could not be denied.

Rock addressed the issue head-on with his quick-witted style of comedy that allowed him to directly touch the issue without being vulgar or ‘too’ offensive. Here’s how he did it – the top 5 times Chris Rock RULED the Oscars:

1.) Among the many punch lines in Rock’s opening montage including flat out calling the Oscars racist, Rock noted that African Americans had been overlooked in decades past, but “we were too busy being raped and lynched to care about who won best cinematographer.”

2.) Rock added  a montage of nominated films reimagined with  black actors including a cross-dressing Tracy Morgan as Eddie Redmayne in ‘The Danish Girl’ and Whoopi Goldberg alongside Jennifer Lawrence as a mopping janitor on the set of ‘Joy.’

3.) Announcing Stacy Dash as the Oscars new Director of Diversity Outreach was a bit confusing at first until it was realized that the FOX News contributor was actually capable of poking fun at herself.

4.) Rock put on his daddy shoes bringing out his daughter’s Girl Scout troop to sell cookies to the audience. The crowd didn’t disappoint with over $65,000 worth of cookies sold.

5.) Rock cleverly used music to essentially set the tone as he walked onto the Oscars stage and drop the mic at his exit by selecting  Public Enemy’s ‘Fight the Power’ as his Oscars theme music.