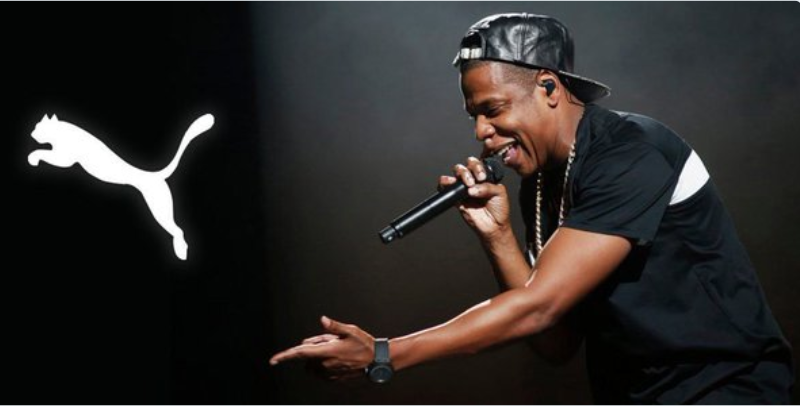 As part of its aggressive commitment to relaunch its basketball sneaker category for the first time in 20 years, Puma on Monday announced that rapper and business mogul Jay-Z has been named to a high-profile role with Puma Basketball.

A Puma spokesperson told ESPN Monday afternoon that Jay-Z’s title would be president, but later clarified his title.

“I can confirm that according to his deal with Puma, Jay-Z’s official designation is Creative Director,” Adam Petrick, global director of marketing and brand for Puma, told ESPN. “I referred to him (earlier) today by an informal designation.”

Jay-Z, whose given name is Shawn Carter, is expected to be leading brand creative direction for marketing campaigns, will have a voice on product and will also help to identify which upcoming NBA players and entertainers may be best suited for the brand to sign.

Before unveiling its new basketball sneaker this week, Puma signed its first signature athlete, Walt “Clyde” Frazier, to a lifetime contract earlier in an elaborate ceremony event in New York. The brand’s new silhouette is expected to be a modernized update to Frazier’s iconic, original Clyde sneaker from 1973, with a knit construction and today’s technology.

“We’re making a serious statement about the entry of the category, that we want to be a performance brand, but then also very culturally focused,” Adam Petrick, the brand’s global director of brand and marketing, told Complex.

While the presidency role is a major development for the relaunch of Puma Basketball, Jay-Z has already been in business with Puma for over a year. The brand outfitted him in Puma sneakers and apparel during his 2017 tour to promote his “4:44” album.

His sports agency, Roc Nation Sports, has also had a constant recent history of doing deals with Puma. Several of the agency’s clients in the NFL, MLB, WNBA and NBA have signed endorsement deals with the brand. Jay-Z’s longtime protégé Rihanna, a Roc Nation client since 2010, has had a successful collection of sneakers and clothing with Puma since signing on as a brand creative director in 2014.

With Jay-Z leading the way, Puma is expected to be aggressive in looking to sign even more upcoming rookies in the 2018 NBA draft, along with several established NBA players who will have current endorsement deals expiring in October.