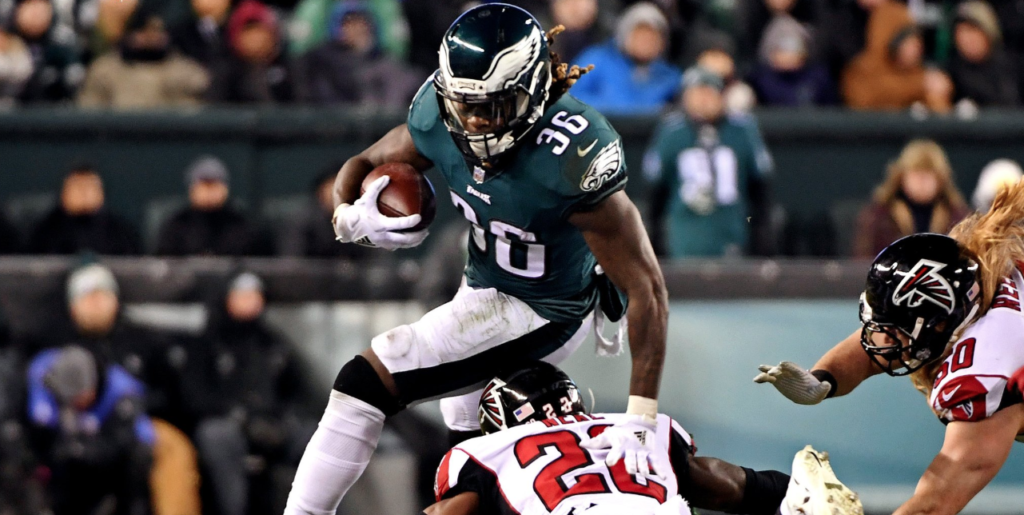 They did it again?
YES!

Jay Ajayi scored on two runs and the Philadelphia defense made Matt Ryan look awful much of Thursday night as the Eagles opened the defense of their first NFL title since 1960 with a sloppy, penalty-filled 18-12 victory over Atlanta.

Ajayi scored on runs of 1 and 11 yards and the Eagles even came up with a version of the Philly Special. They needed a last stand by their defense, just as they got in last year’s divisional playoff victory over the Falcons. In an eerily familiar scenario, Julio Jones couldn’t come down with Matt Ryan’s high pass on the final play from the 5.

It was a game marred by penalties, dropped passes, missed assignments and weak quarterbacking — yes, the defenses played a role, but it still had the feel of a preseason contest. At least it had the Philly Special nod to somewhat spice the Eagles’ first appearance as a league champion since earning the 1960 title.

Tevin Coleman scored on a 9-yard run after an Eagles player touched the ball with his foot during an Atlanta punt to push the Falcons ahead 12-10. Even then, usually sturdy veteran Matt Bryant banged the extra point kick off the right upright.

The Eagles unveiled their championship banner above Lincoln Financial Field following a rain and lightning delay. Not a lot else went right but enough did.

Super Bowl MVP Nick Foles caught a pass for a key first down on Philadelphia’s drive to Jay Ajayi’s 1-yard TD run for a 10-6 lead on a throw from receiver Nelson Agholor.

Jones finished with 10 catches for 169 yards after not playing in the preseason.