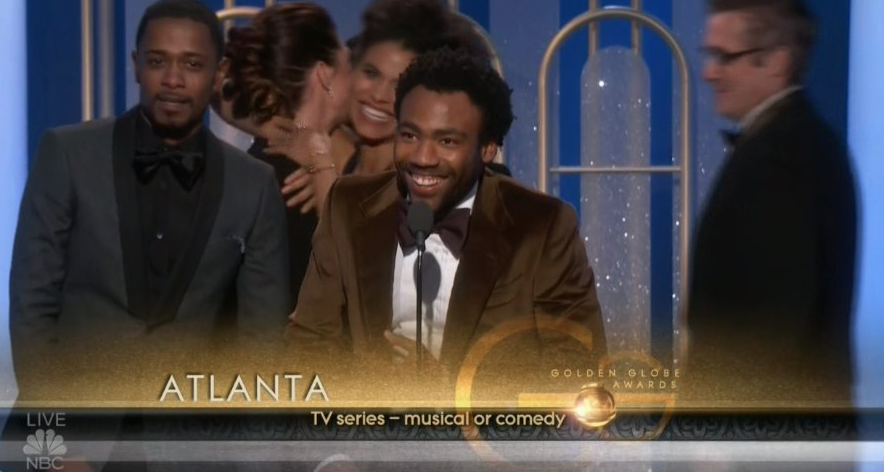 The newly minted Golden Globe winner will develop projects for FX as well as other networks and streaming services.

Donald Glover is having a great week.

Days after taking home the Golden Globe for best actor in a comedy as well as best comedy series for Atlanta, the multihyphenate has inked an overall deal with FX Productions.

Under the pact, whose terms were not announced, Glover will develop projects for FX and other networks/streaming services. He will also continue to write, produce, direct and star in critical favorite Atlanta. The series will return for its previously announced second season in 2018 to accommodate Glover’s busy production schedule that also includes playing Lando in the upcoming Star Wars Han Solo stand-alone film.

“Donald is a remarkable artist, effortlessly shifting from actor to writer, producer, director and musician to create one amazing project after another,” FX president of original programming and FX Productions Nick Grad said. “Atlanta was just the beginning — the breakout comedy of the year and a series revered as much for its originality as its honest look at the experience of being aspiring, young and black in that legendary city. We’re proud to partner with Donald in an overall deal that will allow him to continue turning his creative vision into incredible television.”

Atlanta — which was first put into development in 2013 — ranked as THR chief TV critic Tim Goodman’s top comedy and No. 3 overall series of 2016. The show, which was recently nominated for WGA and DGA awards, was basic cable’s most watched new comedy in three years among the core adults 18-49 demographic. It is also the highest-rated comedy in FX history, averaging 4.8 million total viewers when tabulating linear and non-linear platforms.

Glover, who joins a roster of talent with overall deals at FXP — including Stephen Falk, Louis C.K. and The Americans creators, among others — is repped by WME, MGMT Entertainment and Ginsburg Daniels