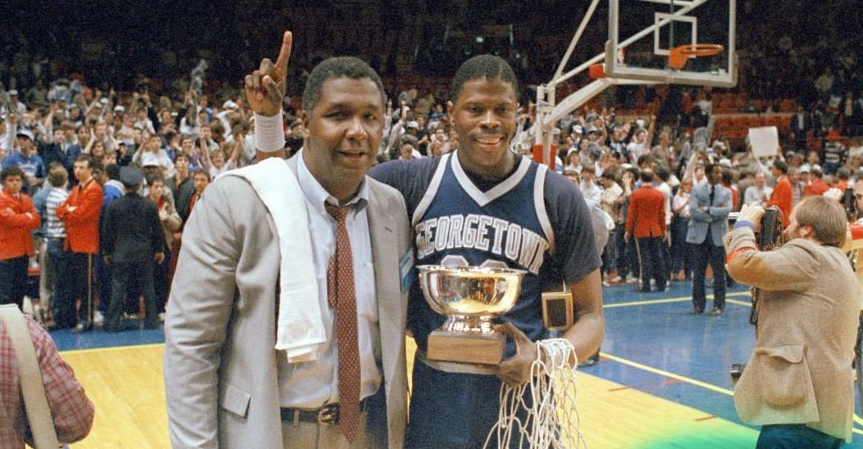 Patrick Ewing put Georgetown basketball on the map, turning the Hoyas into a national power as the menacing force in the middle in the 1980s.

Georgetown hired Ewing on Monday, bringing the Hoyas legend back to take over a program that had fallen on hard times over the past two seasons and helping the former All-American center finally realize his long-held dream of becoming a head coach.

“My four years at Georgetown were the best of my life,” Ewing said in a statement issued by the school.

“Georgetown is my home and it is a great honor for me to return to my alma mater and serve as the next head coach. I have been preparing to be a head coach for many years and can’t wait to return to the Hilltop.”

In announcing the hire, Georgetown called Ewing “the greatest men’s basketball player to ever don the Blue (and) Gray.”

He led the Hoyas to the school’s only national championship in 1984 and now he takes over for the son of the man who coached him at Georgetown in what is surely an emotional transfer of power.

It was a decision that pained many at the school given the legacy of the Thompson name, but they filled the vacancy with perhaps the only name bigger in school annals.

Ewing was a three-time All-American at Georgetown, a fearsome presence in the paint who led the Hoyas to three national title games.

His dominance and Big John’s tenacity gave the program an intimidating image that captivated fans locally and nationally while paving the way for a long line of great centers including Alonzo Mourning and Dikembe Mutombo.

After Georgetown, Ewing was the No. 1 overall pick in the 1985 draft by the New York Knicks, was selected to 11 All-Star teams and remains Georgetown’s career leader in blocked shots and rebounds.