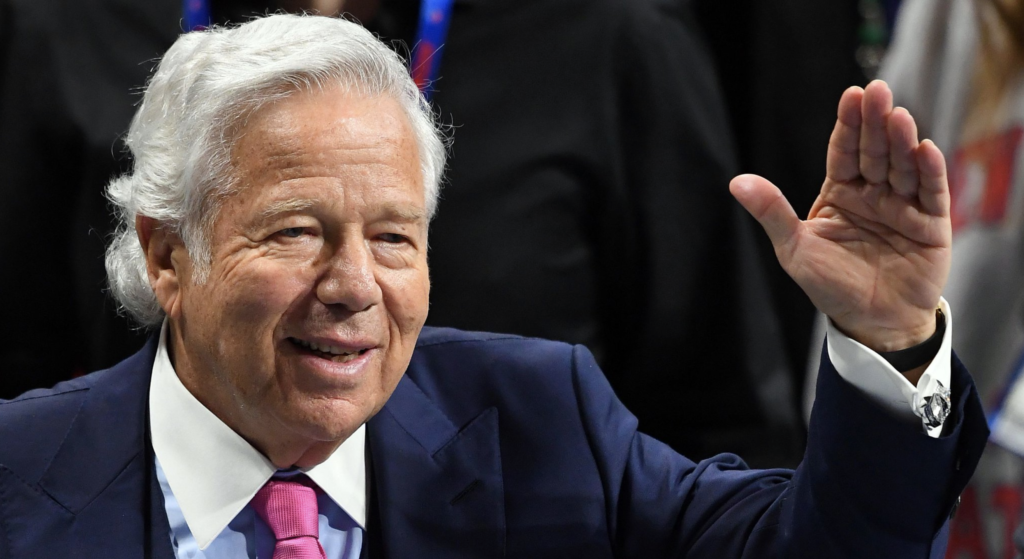 I’m Sorry But I’m Not Guilty

The statement represented the first comments made by Kraft since he was charged last month for allegedly receiving sex acts at a day spa in Jupiter, Fla. He has pleaded not guilty, and on Friday, his attorney said they intended to vehemently fight the charges as well as the release of two tapes that purportedly show Kraft receiving services at the spa.

“In deference to the judicial process, I have remained silent these past several weeks,” Kraft’s statement read. “To correct some of the misinformation surrounding this matter, my attorney made his first public comments on Friday night. I would like to use this opportunity to say something that I have wanted to say for four weeks.

“I am truly sorry. I know I have hurt and disappointed my family, my close friends, my co-workers, our fans and many others who rightfully hold me to a higher standard.

“Throughout my life, I have always tried to do the right thing. The last thing I would ever want to do is disrespect another human being. I have extraordinary respect for women; my morals and my soul were shaped by the most wonderful woman, the love of my life, who I was blessed to have as my partner for 50 years.”

Kraft’s wife, Myra, died of ovarian cancer in 2011 at age 68, shortly after their 48th anniversary.

Kraft and 24 other men were charged as part of a law-enforcement operation to stop human trafficking in South Florida.

“The state attorney needs to step up and do the right thing and investigate how the evidence in this case was obtained.”

Kraft and the other men accused in the case were offered the opportunity to have their charges dropped if they performed 100 hours of community service, took a class on the dangers of prostitution, were tested for sexually transmitted diseases and paid a fine.

Sources close to Kraft earlier this week said he wouldn’t accept that deal, according to multiple reports.

The statement from Kraft, a 77-year-old billionaire businessman who also owns the New England Revolution of Major League Soccer, continued:

“As I move forward, I hope to continue to use the platform with which I have been blessed to help others and to try to make a difference. I expect to be judged not by my words, but by my actions. And through those actions, I hope to regain your confidence and respect.”

Kraft is expected to be in Florida next Friday for his next court hearing.