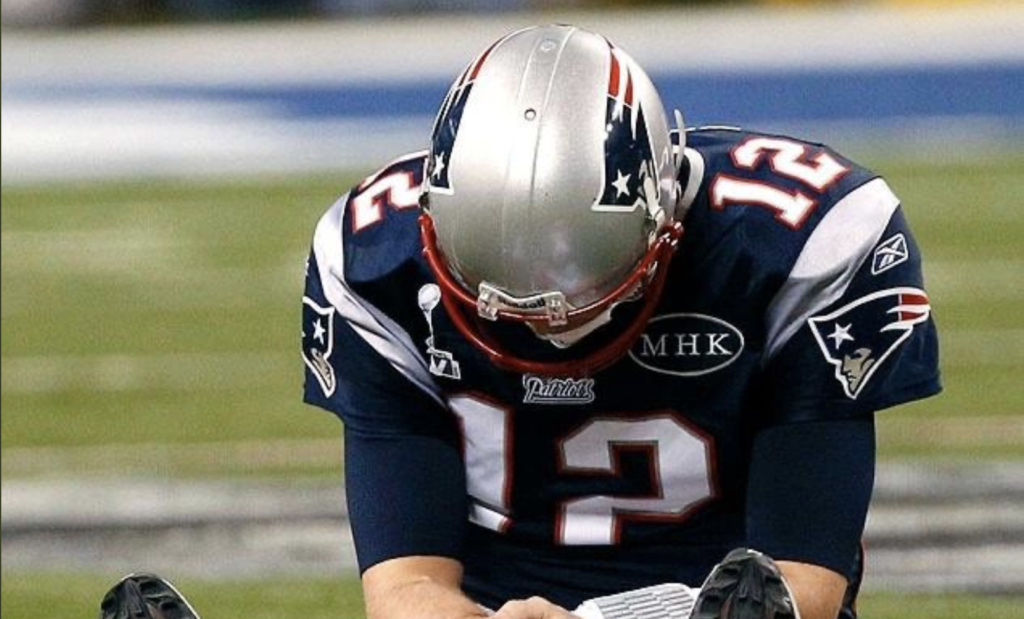 The Mighty Has Fallen

Derrick Henry plowed over tacklers, carving through the Patriots’ defense like a hot knife through butter in a 20-13 wild-card road victory.

In a slugfest, Henry was the biggest puncher.

“That’s the way we like it,” Henry said. “We don’t want nothing easy. We want it gritty. We want it dirty. That’s the mentality we got to have. Our main focus is just finishing, each and every drive.”

The powering running back blasted for 182 yards on 34 carries for 5.4 yards per pop and plowed in for the eventual game-deciding touchdown. Henry also added one screen catch for 22 yards — second-most receiving yards for the Titans on Saturday night — that he took to the 1-yard-line to set up his TD.

“That has to be the formula … to be able to run the football, stop the run, was huge,” Titans coach Mike Vrabel said. “We’re appreciative of everything he does and the way our offensive line and tight ends and fullbacks — it takes all 11 to run the football. But certainly, Derrick’s a huge part of that.”

Entering Saturday’s playoff tilt, in his last six regular-season games played, Henry had dashed for 896 rushing yards and 10 TDs. The furious finish to the season helped him clinch the NFL rushing crown with 1,540 yards. Along with Ryan Tannehill, Henry’s surge down the stretch helped Tennessee go from afterthought to postseason winner.

Henry said he saw the playoff win coming well before the Titans got on a hot streak.

“I just said it during camp, Why not us?” he said. “I don’t think nobody expected nothing from us, keep that underdog mentality and just stay hungry. Just keep believing in each other. All of us in that building, all of us together, we’re the ones that got to make it happen, no matter what anybody writes, what anybody says. We’re the one that got to go out there and do it.”

On his 26th birthday, Henry became the first player to generate 200 scrimmage yards against a Bill Belichick-coached Patriots team in the postseason. The 204 scrimmage yards were also the most in Titans franchise history.

Henry broke tackle after tackle, churning the clock, gobbling up yards and moving the chains. Of the Titans’ 19 first downs on the game, 13 came on the ground, most from Henry. While the Patriots got stuffed three times at the goal line, settling for a first-half field goal, Henry pounded his TD on one try. That juxtaposition summed up the difference in the game.

Have you ever tried to tackle a tank? That must be what it’s like to try to take down the 6-foot-3, 247-pound back. Once Henry gets up to speed, he’s nearly impossible to bring down, with defensive backs hanging on for dear life as they get plowed into the turf.

With the Titans’ passing game grounded by a sticky Patriots secondary, throwing for just 71 net passing yards, Tennessee was comfortable putting the ball in Henry’s gut time after time. New England knew the behemoth was getting the ball. They still couldn’t stop him a lick.

Domination comes when an opponent knows your bread-and-butter plays and still can’t stop it. Belichick is the best coach in NFL history because he usually negates an opponent’s best player and forces others to beat him.

Saturday night at Foxboro, not even a Belichick-coached defense could stop Derrick Henry.