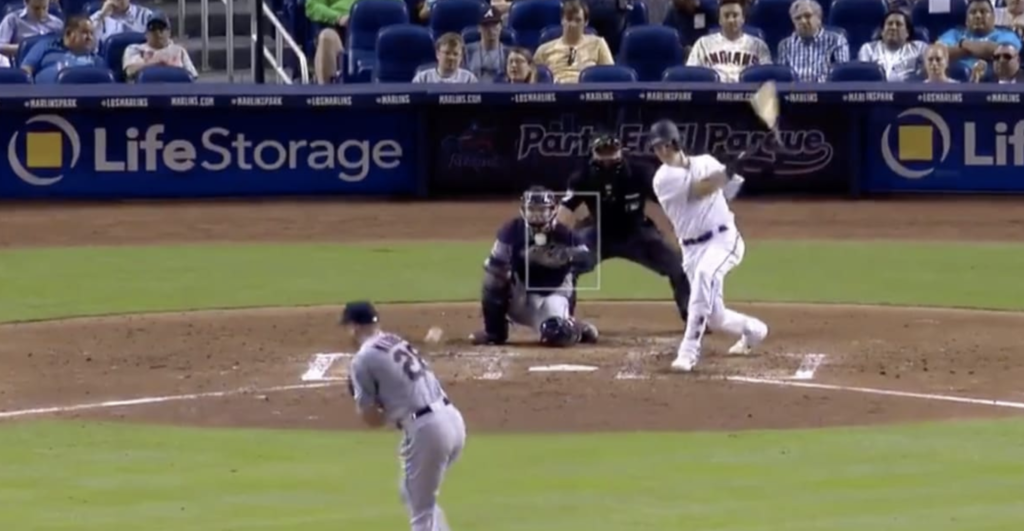 The Cleveland Indians will be without ace Corey Kluber for a significant amount of time after the former AL Cy Young Award winner was hit by a line drive Wednesday night.

The Indians say preliminary X-rays indicate Kluber suffered a non-displaced fracture of his right ulna after being hit by a ball off the bat of Miami Marlins outfielder Brian Anderson in the bottom of the fifth inning.

According to Statcast data, the ball Anderson hit left the bat at 102 mph.

As the ball bounced off him toward the first-base side of the mound, Kluber didn’t even attempt to pick it up, giving it a quick swipe with his glove as he walked off the field.

The Indians say Kluber will be re-evaluated Thursday in Cleveland to confirm the diagnosis and assess a timetable for his return.

“It happened so quick, I couldn’t tell where he got hit,” Indians catcher Roberto Perez said. “I saw him holding his arm. It was tough.

“Tito kept asking him, ‘How do you feel?’ and he was just numb. At that point you start thinking the worst.”

The Indians said the fracture was non-displaced, meaning the bone was still properly aligned.

Kluber is the second Indians starter to suffer a significant injury this season. Mike Clevinger is out until at least mid-July with a back injury.