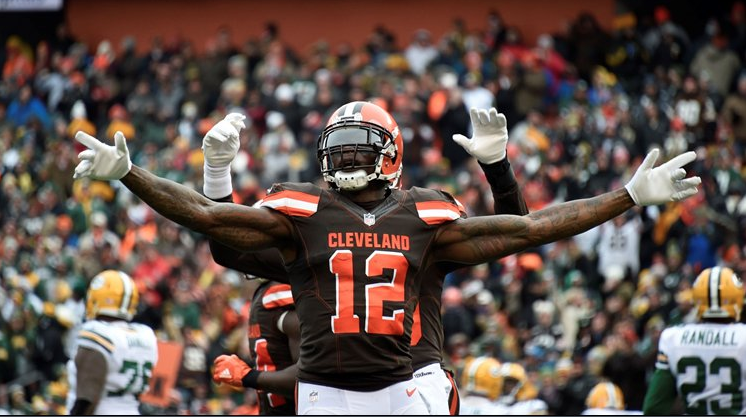 Troubled Star Will Not Be in Browns Training Camp

Josh Gordon announced on Twitter he’ll miss the start of training camp to focus on his overall mental and physical health, but the NFL told cleveland.com he has not been suspended.

There is currently ‘no timetable for his return,’ NFL spokesman Brian McCarthy also told cleveland.com.

“We’ll address the matter at the appropriate time,” said McCarthy. 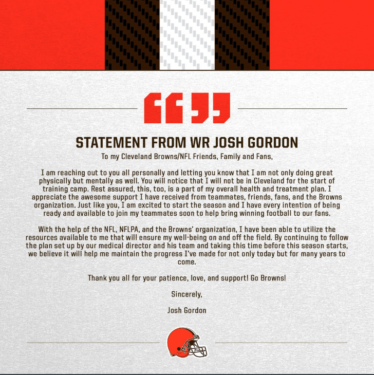 Gordon will be placed on the non-football injury list as camp opens on Thursday.

Rumors had swirled for the past month or so on the internet that Gordon had failed another drug test, but it’s not yet known if that’s the case.

It’s also not yet known if Gordon will be suspended indefinitely again.

Gordon had been working out in Berea for most of the summer break, but had recently left the team to focus on his health and treatment program.

We will continue to support Josh as he receives the care needed to maintain his progress. We are going to respect his privacy while he is away from the team. Josh will be placed on the non-football illness reserve list until he is ready to return.