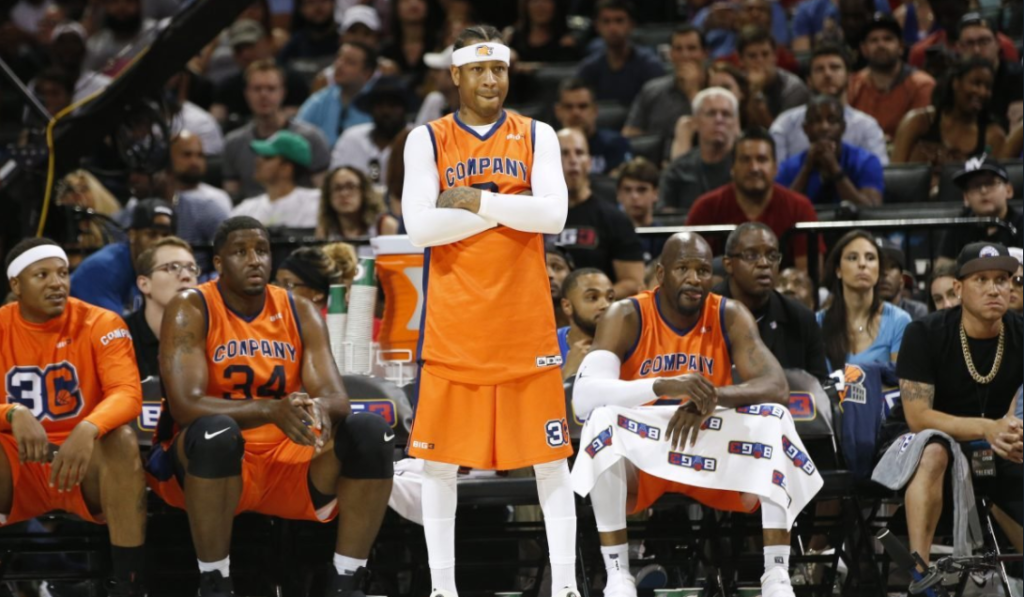 It didn’t take long for the pageantry to subside. Twenty minutes after Allen Iverson was introduced to a deafening Wells Fargo Center crowd, the chants broke out during his team’s game.

Then there was a timeout, music, and highlights of Iverson playing in previous BIG3 games.

The chants came back, but louder this time. Some even booed, others flat out left. One fan howled, “Do it for Philly!” The boos were not collective — it wasn’t anything personal toward Iverson. His fans just wanted what they were expecting — for him to play.

For Sunday evening’s Philadelphia portion of the BIG3 League, fans paid to see their 2001 NBA Most Valuable Player, 11-time All-Star, first-ballot Hall of Famer. After all, they had seen the retired version of Iverson at the Wells Fargo Center before.

And the fans did see him — it just wasn’t in a uniform. Iverson’s team, 3’s Company, was to play in the final game of Sunday’s schedule. But at 5:30 p.m, less than four hours before the game, Iverson released a video announcing his decision not to play.

“Based on advice from my doctor, I will not be playing in the game tonight for the BIG3,” Iverson said. “ I will be there tonight to coach my team and beat Dr. J’s team. I will be interacting with all of the fans and having a great time. You will see some great basketball. I love you fans for supporting me and I’ll see you when I get there.”

Iverson did not speak to the media following his announcement on social media — or after the game. The BIG3 also declined comment, as league executives Ice Cube and Jeff Kwatinetz were originally scheduled to join Iverson at the podium after 3’s Company loss.

“I found out the same time you guys found out,” opposing player Bonzi Wells said of Iverson’s decision. “Right before we were about to play him. Somebody said he reached out on Instagram to his fans. We understand what it is, Allen is the face of the league. We were hoping he was going to play for the fans, that’s what it is all about. But we got the win, so it’s good for us.”

So instead, Iverson stood on the sidelines with his arms folded. Amidst the pleas for his on-court presence, the 42-year-old was motionless. Following halftime, the once-packed lower bowl was half its size.

It isn’t necessarily shocking that Iverson sat out. After all, he played sparingly in his team’s previous three games. As a player-coach, his playing role is limited by definition. But to sit out in Philadelphia, after the league pitted Sunday’s Iverson vs. Erving matchup from the start, is notable.

Iverson and the BIG3 will have four weeks remaining of the regular season to sell extra tickets and merchandise of their most notable player. Whether Iverson plays in Chicago next weekend, though, is to be determined.