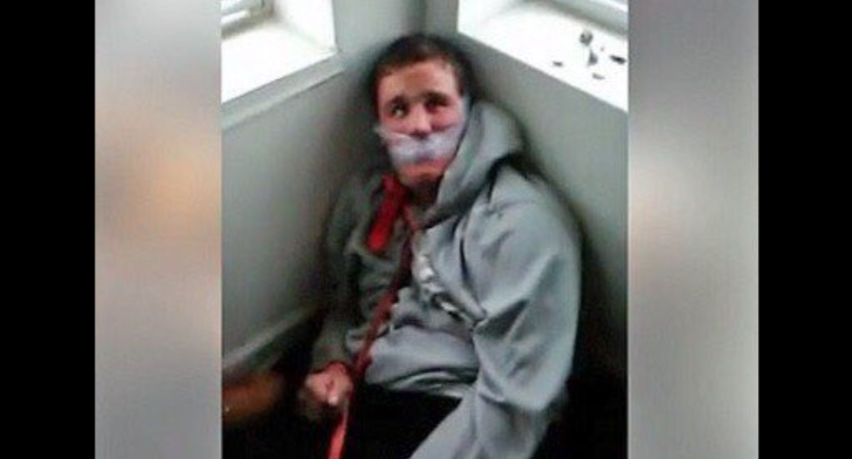 Chicago is Out Of Control!

Detectives questioned two men and two women on Wednesday in connection with the beating in Chicago of a man with mental health issues who, on a Facebook Live video shot by his assailants, was shown cowering in a corner with his mouth taped shut, officials said.

At least one of the attackers on the video mentioned President-elect Donald Trump as he taunted the man but police stopped short of calling the beating politically motivated and said they are still investigating.

The four people, who are all 18, were taken into custody but have not been formally charged, officials said. Their names were not released.

“It makes you wonder what would make individuals treat somebody like that,” Johnson said. The superintendent added that the victim has “mental health challenges.”

In the Facebook live video which was partially broadcast on CNN and other media outlets, a man who appeared to be white was seen sitting on the ground in the corner of a room as his attackers, at least some of whom appeared to be African-American, laughed and made comments about “white people.”

Johnson said authorities have not ruled out the possibility of bringing hate crime charges in the case.

A Chicago police spokesman declined to give the race of the victim or the people detained.

The video shows that at one point, one of the attackers cut open the man’s sleeve.

Police said the young man was tied, gagged and beaten.

One of the individuals taken into custody had attended school with the man, Chicago Police Commander Kevin Duffin said at the news conference.

The assailants may have kidnapped him when they brought him from the suburb of Chicago where he lives to the city, Duffin said.

Prosecutors are still reviewing the case and Duffin said the motive for the attack was unclear.

Police officers on patrol encountered the victim on Tuesday wandering disoriented on a Chicago street, police said in a statement.

He was taken to a hospital in stable condition and later released and members of the public alerted investigators to the Facebook Live video, police said.