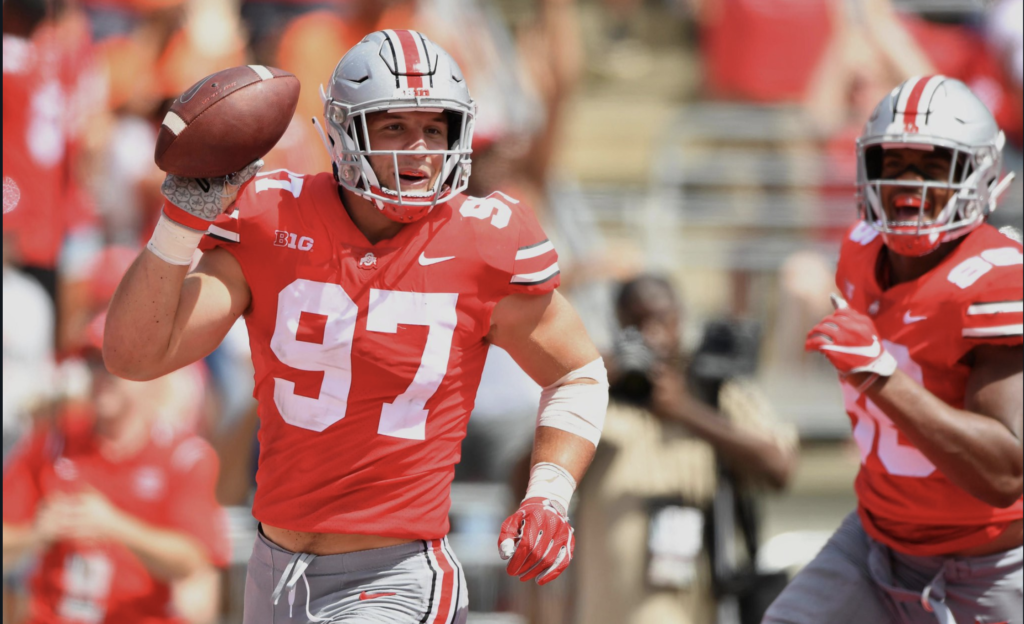 College Players Are Getting Smart. The NCAA is in Trouble

Ohio State defensive end Nick Bosa has withdrawn from school to focus on his rehabilitation of an injured core muscle, the Buckeyes announced Tuesday. The All-American will now presumably turn his attention to the 2019 NFL draft.

“I was hopeful that Nick would be able to return to play again for us,” Ohio State coach Urban Meyer said in a statement. “I know this was an extremely difficult and emotional decision for Nick and his family, and I wish him well as he moves on to get himself 100 percent healthy and ready for his next chapter. I want to thank Nick for the remarkable efforts he gave for this program. He is a first-class young man who we have been honored to coach.”

Bosa, a junior, injured a core muscle in the third quarter of a 40-28 win over TCU on Sept. 15, had surgery to repair the injury on Sept. 20 and has since been recovering. The reigning Big Ten defensive lineman of the year had not been cleared for team activities and was ruled out for the upcoming game against Purdue.

Through just three games of the season, Bosa had four sacks and six tackles for loss and was leading the team in tackles at the time of the injury.

Nick is the younger brother of Los Angeles Chargers defensive end Joey Bosa, who also starred at Ohio State and was selected third overall in the 2016 NFL draft. Nick
Bosa is the No. 1 prospect on Mel Kiper Jr.’s latest Big Board rankings of the top players for the 2019 draft.

The injury is not expected to impact Bosa’s draft status.