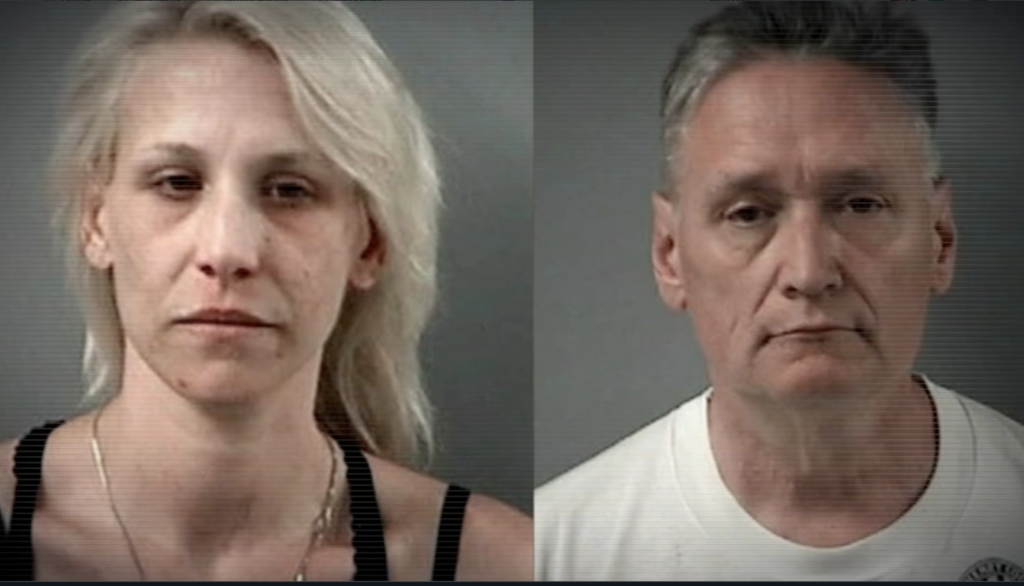 How Could You Murder Your Own 5 Year Old?

Investigators have found what they believe to be the body of a 5-year-old boy who went missing from his suburban Chicago home nearly a week ago. Remains police believe are those of Andrew “AJ” Freund were found wrapped in plastic in a shallow grave in a remote area of Woodstock, Illinois, about seven miles from the boy’s home, Crystal Lake police chief James Black said Wednesday.

Both of the child’s parents are in custody and have been charged with murder, battery and other counts, Black said. The boy was reported missing from his Crystal Lake home by his family Thursday morning. In a 911 call released Tuesday, the boy’s father Andrew Freund Sr. said he last saw the boy when he went to bed the night of April 17. The elder Freund said the boy was missing when he returned home the next morning from an early doctor’s appointment.

Investigators earlier said the boy’s mother, JoAnn Cunningham, was the last person to see the child and had stopped cooperating with police.

Police previously said they did not believe the boy was abducted and that they don’t believe he left the home on foot. They also said they were “focusing on the residence and the individuals that may have seen or had contact with AJ last.”

Investigators were back at the family’s home Wednesday morning, and were seen removing a shovel, the mattress from a child-sized bed, several large bags and a large plastic bin, and loading them into an evidence team van, CBS Chicago reported.

During interviews in the overnight hours with Crystal Lake police and the FBI, Black said both the mother and the father were confronted with forensic analysis of cellphone evidence developed by investigators. Both then provided information that led to the recovery of the body, Black said.

The boy’s cause of death has not yet been determined, Black said. It was expected to be released later by the McHenry County Coroner’s office.

“To AJ’s family, it is my hope that you may have some solace in knowing that AJ is no longer suffering, and his killers have been brought to justice,” Black said. “I would also like to thank the community for their support and assistance during this difficult time. To AJ, we know you’re at peace playing in heaven’s playground and are happy that you no longer have to suffer.”

On Tuesday, the department released more than 60 pages of police reports written by officers who responded to various calls about the house, which is about 45 miles northwest of Chicago. The reports indicate officers visited the family’s home 10 times over the past five years, often noting the poor condition of the home, according to CBS Chicago.

One report described seeing the home littered with dog feces and urine, and a children’s bedroom where “the smell of feces was overwhelming.” Another report said the officer found the house to be “cluttered, dirty and in disrepair,” and without electrical power.

The heavily-redacted reports also indicate state child welfare workers were called after officers spotted a large bruise on one of the young boys living there in December, but that the children appeared to be “healthy and happy” and were not removed from the house. Cunningham said the bruise “must have been from the dog,” reports CBS Chicago.

Cunningham and Freund were in court Tuesday seeking custody of their 4-year-old son, Parker. Parker was taken into custody by the Illinois Department of Children and Family Services on Thursday after Andrew was reported missing by his parents.

In a statement released to CBS Chicago, DCFS acting director Marc Smith called the news of AJ Freund’s death “heartbreaking.” DCFS had contact with the family since AJ was born with opiates in his body in 2013. The Northwest Herald said he was in foster care for two years before being returned to his parents.

“Protecting vulnerable children who come to our attention is at the core of our mission at DCFS,” Smith said. “All of us feel this loss. our priority is the care and safety of Andrew’s younger sibling.”

Smith said the department would conduct a “comprehensive review of the entirety of our work with Andrew’s family to understand our shortcomings and be fully transparent with the public on any steps we are taking to address the issues.”

Gov. J.B. Pritzker in March ordered an independent review of DCFS after the deaths of a 2-year-old girl in Decatur and a 2-year-old boy in Chicago. Child welfare workers had contacts with both families.

Andrew Freund Sr. and JoAnn Cunningham were being transferred to the McHenry County jail Wednesday afternoon and were expected in criminal court for a bond hearing at some point Thursday.