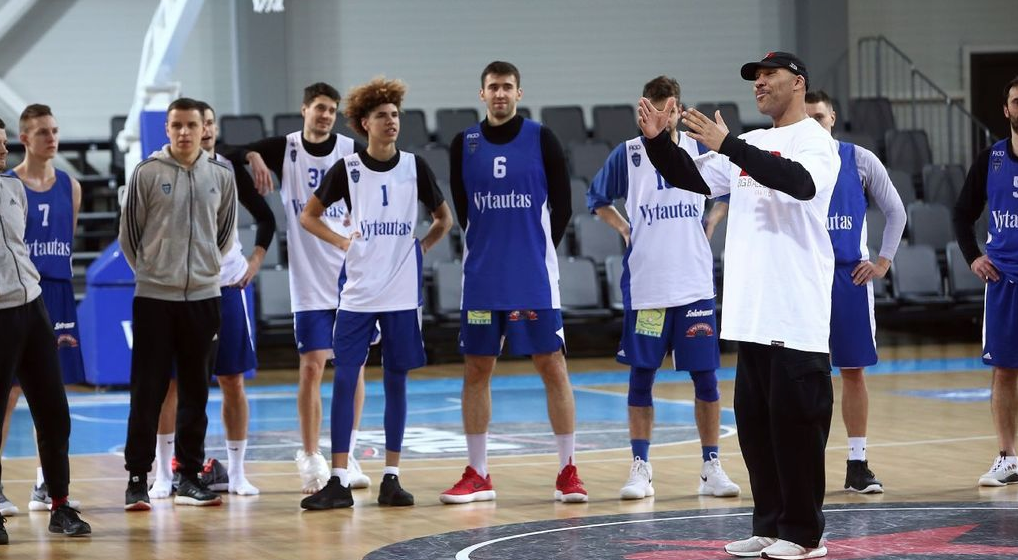 Lavar Is Already Changing the Game in Lithuania #BBB

Prienu Vytautas, the Lithuanian team that signed LiAngelo and LaMelo Ball, has withdrawn from the Baltic Basketball League this season and will instead play in the Big Baller Brand Challenge, a series of five “friendly” games intended to get the brothers extensive playing time.

The team announced it will show each of the games on Facebook.

“When you come out and they change it just for the Balls,” LaVar Ball told ESPN, “you know it’s real.”

A source told ESPN that Prienu Vytautas expects the Ball brothers to generate about 100,000 euros ($120,000) in revenue for the team, including an undisclosed amount that Facebook is paying to show the Big Baller Brand Challenge games.

“This is a great thing for everybody,” Ball said. “I’m excited for the fact they named something after the Big Baller Brand. Brings exposure to our brand and also gives us quality basketball. People back home get to watch it.”

The Balls’ first game with Prienu Vytautas will still take place Tuesday, but it will be part of the Big Baller Brand Challenge, and the opponent will now be Zalgiris 2 — the younger team of Lithuania’s premier program. The top team features former college stars Kevin Pangos (Gonzaga) and Aaron White (Iowa), but Zalgiris 2 is composed primarily of high school and college-age players.

The Balls could play in the team’s Lithuanian league matchup Jan. 13 at Lietkabelis, but that may depend on how they fare in practice and in their debut Tuesday.

LiAngelo and LaMelo, along with LaVar and the entire family, were slated to accompany the team to its game in Vilnius on Saturday, but LaVar told ESPN that they did not make the trip after the opposing team did not initially allow the cameras from their reality show into the gym.