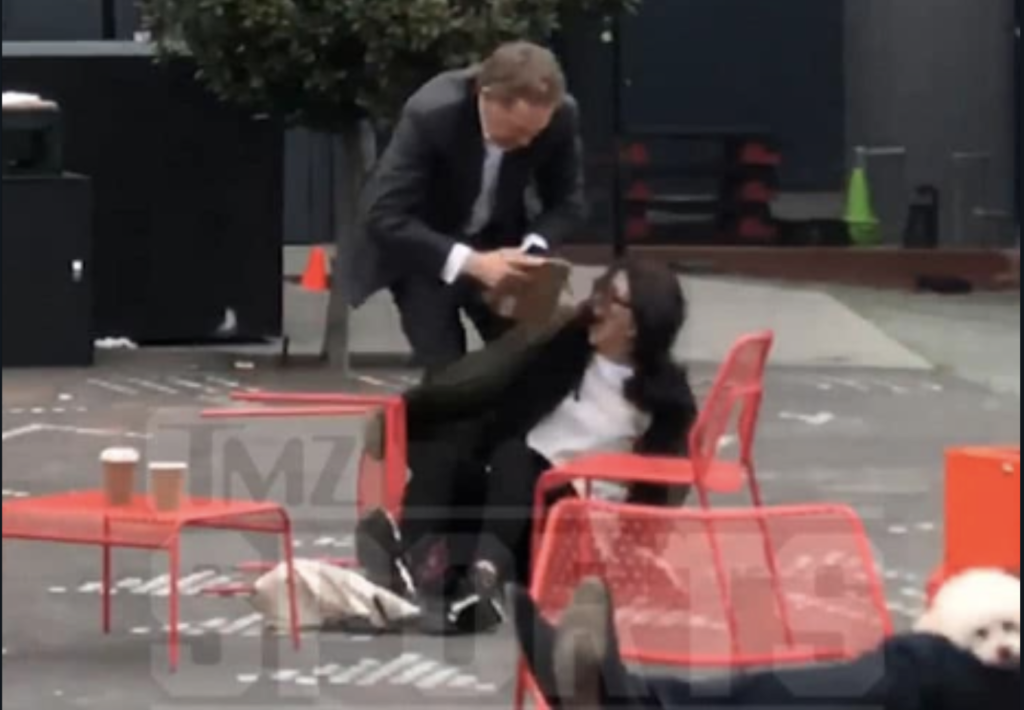 Let’s See What MLB Will Do When It’s an Executive?

San Francisco Giants president and CEO Larry Baer will step away from the team as Major League Baseball investigates an altercation between Baer and his wife in which he knocked her to the ground.

The Giants’ board of directors announced Monday that it accepted Baer’s “request to take personal time away from the Giants beginning today.”

“Mr. Baer has acknowledged that his behavior was unacceptable, apologized to the organization and is committed to taking steps to make sure that this never happens again,” the statement said.

The board said the Giants’ executive team will manage the franchise’s day-to-day operations during Baer’s absence.

The incident between Baer and his wife, Pam, was caught on video and published Friday by TMZ Sports. The couple was fighting over Larry’s cellphone.

In the video, Pam screams, “Oh, my god! No!” while falling to the ground as her husband attempts to take the cellphone from her. The video also shows Larry Baer holding that cellphone while walking away.

The couple issued a joint statement expressing regret for what happened, and Larry Baer issued a second statement later Friday, apologizing for the altercation.

MLB also announced Friday that it is looking into what happened. MLB’s domestic violence policy applies to front-office members, which could lead to discipline for Baer.

The San Francisco Police Department also is investigating the altercation.