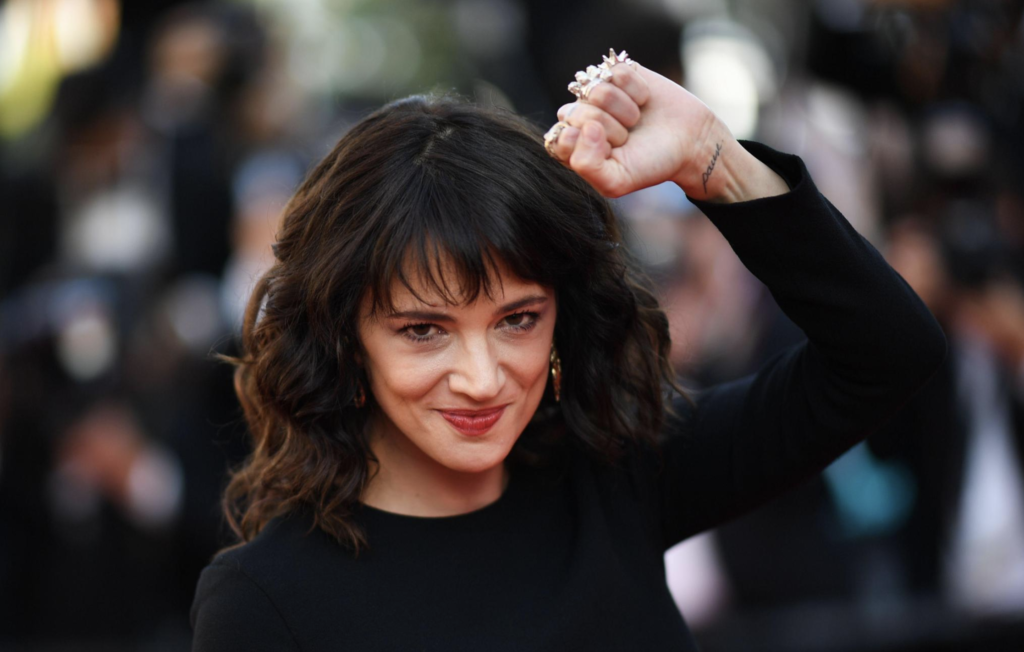 People That Live In Glass Houses…..

Asia Argento has been axed from “X Factor Italy” amid a scandal over allegations that she sexually abused a former child actor who once appeared in a movie with her, sources said Monday.

Doubts had been cast on the Italian actress-director’s presence as a judge on “X FactorItaly” following a report that she paid former child actor and musician Jimmy Bennett a $380,000 settlement after an alleged sexual encounter when he was 17. Argento has admitted the payout, which she said was made by her former boyfriend, the late Anthony Bourdain, but denied she had sex with Bennett.

Sources confirmed that Sky Italia and FremantleMedia Italia have decided to pull Argento from the live portion of the talent show, which starts airing on Sept. 6. There is no official statement from the show’s broadcaster or producer yet.

Italian audiences will still see her on the first seven episodes of “X Factor,” which have already been shot. These include initial auditions to pick competitors for the show’s 12 final spots.

Following the allegations against Argento of sexual abuse, Sky Italia and FremantleMedia had issued a statement saying that, if the accusations were true, they “would have no choice but to take note of it and put an end to the collaboration.”

A growing number of Italians had taken to social media to demand that Argento be pulled from the show.

According to sources, Sky Italia was in a tough position and did not want to penalize the 40,000 people who initially attended the casting for one of the final 12 spots on the show. If they had scrapped Argento entirely, they would have had to start the whole casting process from scratch.

Argento has not commented on her removal from “X Factor.”

In a statement last week, she denied ever having “any sexual relationship” with Bennett, who has accused her of molesting him when he was a minor. She also said that Bourdain had urged her to agree to a financial settlement to end the Bennett’s “long-standing persecution” of her.

Argento has been one of the harshest accusers of disgraced producer Harvey Weinstein and one of the most outspoken critics of sexual misconduct in the entertainment industry. The accusation against her stems from an alleged encounter between her and Bennett in a California hotel room in 2013, when he was 17. (The legal age of consent in California is 18.) As a child actor, Bennett played the son of Argento’s character in the movie she directed, “The Heart Is Deceitful Above All Things.”