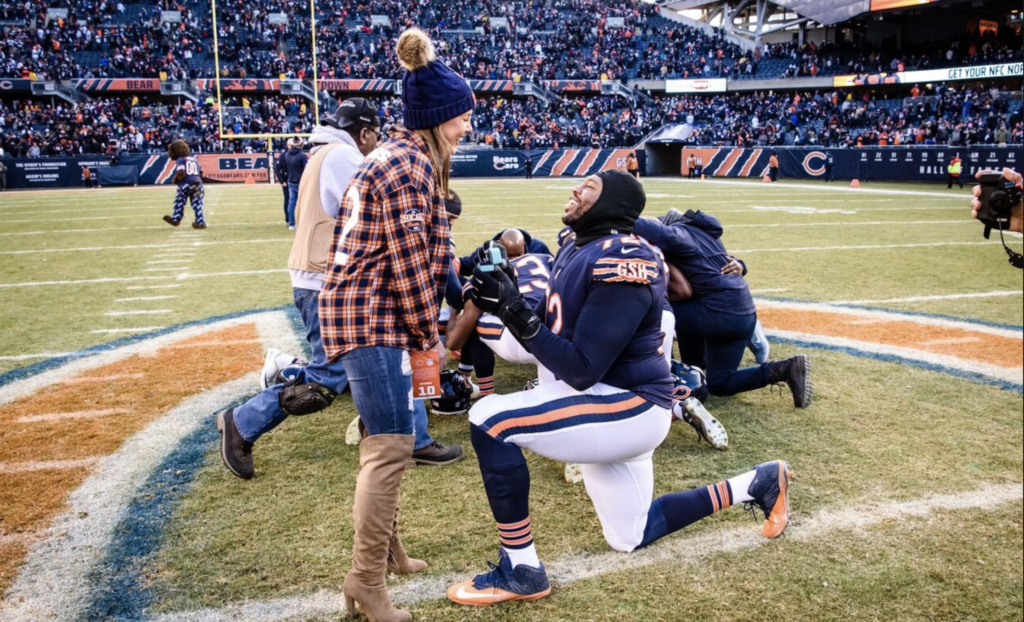 On Sunday, the Chicago Bears lineman, 27, proposed to his girlfriend of five years after he and his team beat Wisconsin’s Green Bay Packers. In front of a roaring crowd, Leno kneeled on Soldier Field, his team’s home base, and presented Rothman with a ring.

“Jennifer Marie Roth, would you love to be Jennifer Marie Leno?” he asked. “Will you? Will you accept? I love you, baby.” Roth excitedly accepted, and the Bears tweeted a video of the proposal, which was viewed millions of times.

But soon Twitter users started hunting through Roth’s timeline and found racially charged tweets from 2012 referring to “Ghetto people” and using the N-word. 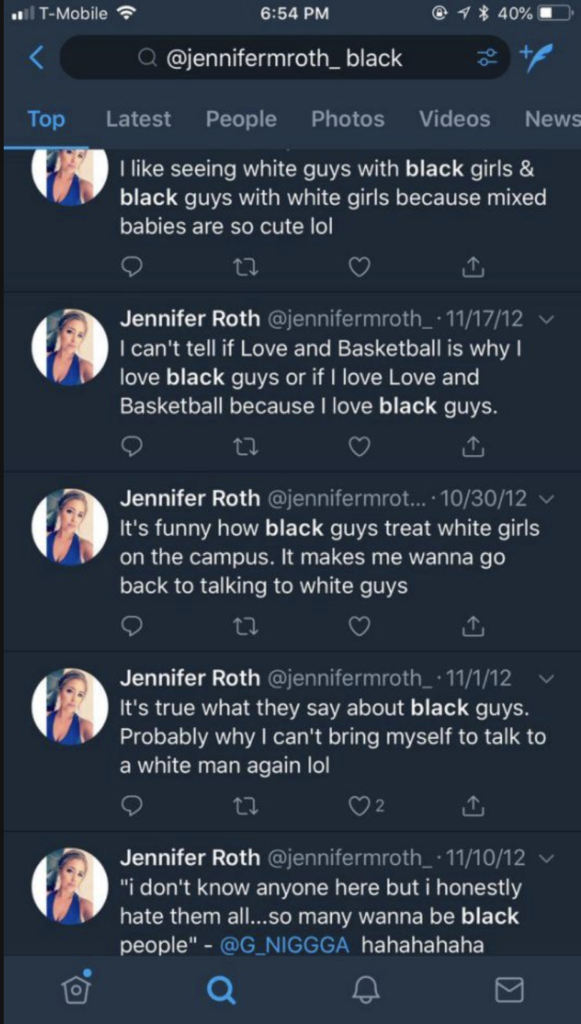 “It’s funny how black guys treat white girls on the campus,” Roth allegedly tweeted in 2012. “It makes me wanna go back to talking to white guys.”

Other screencaptured tweets allegedly from Roth said things like “B****es think they slick but then they act like [N-word],” “Damn all my [N-word] took a loss tonight in the NBA,” and “These hoes be actin’ up and these [N-word] be lettin’ ’em.”

BET published other screenshots of Roth’s alleged tweets, which said among other comments, “I like seeing white guys with black girls because mixed babies are so cute, lol.”