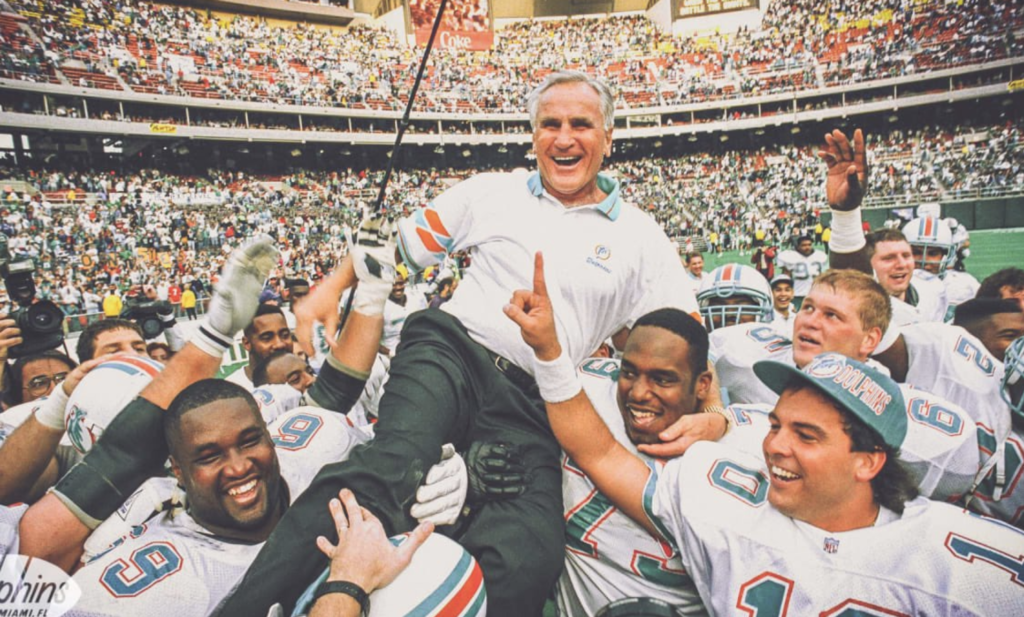 Don Shula, Pro Football Hall of Fame coach of the Baltimore Colts and Miami Dolphins, died at the age of 90, the Dolphins announced Monday.

Shula spent 33 seasons as a head coach in the NFL and is the winningest coach in league history (328-156-6 regular season record, 347-173-6 overall). A two-time Super Bowl champion with the Dolphins, Shula authored the only perfect season in NFL history in 1972.

Shula began his head coaching career in 1963, when the Colts hired the then-33-year-old Lions defensive coordinator as their head coach. In seven seasons with Baltimore, Shula led the Colts to seven straight winning seasons, an NFL title and a Super Bowl appearance.

From 1970 to 1995, Shula was the coach of the Dolphins, leading Miami to 12 division titles, five Super Bowl appearances and two Super Bowl victories.

Shula was inducted into the Pro Football Hall of Fame in 1997.