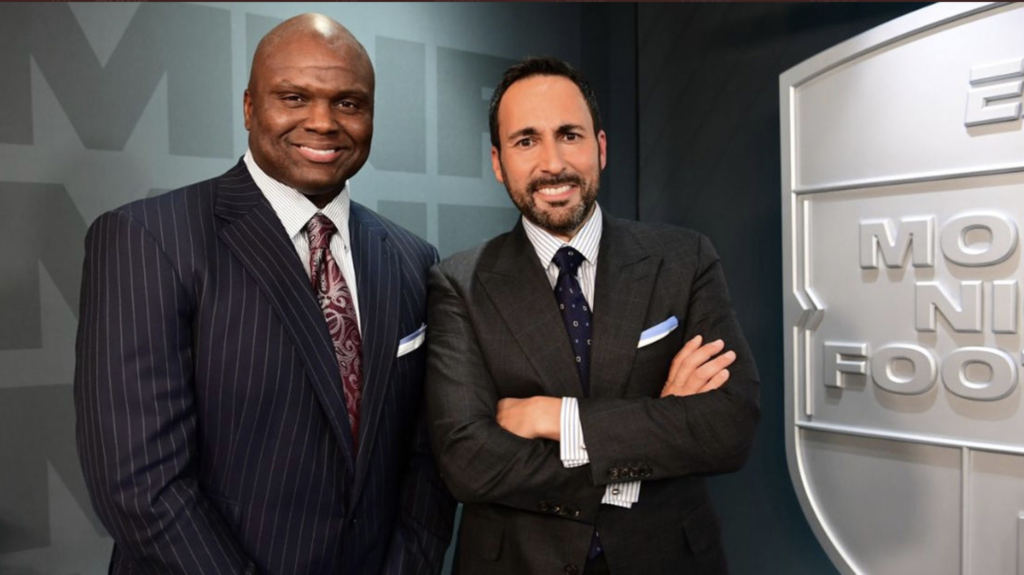 No More Booger On Monday Nights

As ESPN continued to look for new additions to the Monday Night Football crew, it became increasingly obvious that the current members of the booth would not be returning. It’s now official.

Richard Deitsch of TheAthletic.com reports that Joe Tessitore and Booger McFarland won’t be back.

Deitsch adds that the replacements will come from within ESPN, and that decisions have not been made as to the persons who will succeed Tessitore and McFarland, both of whom will remain in “prominent roles” at ESPN.

Any changes could be temporary. With rumors rampant that the next deal for Monday Night Football (which starts in 2022) may result in the game moving back to ABC, efforts to swing for the fences when it comes to the folks working the games may not result in a strikeout.