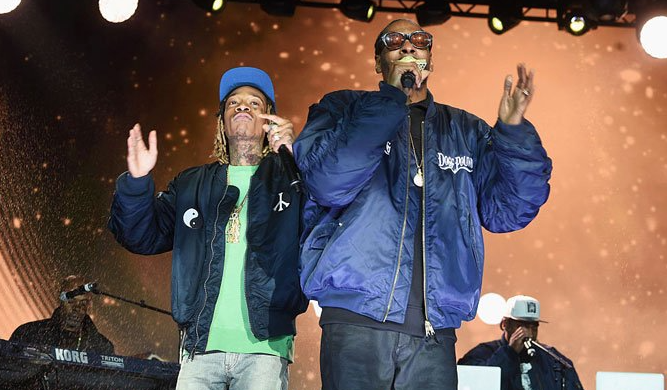 More than 40 concertgoers were injured on Friday night when a railing collapsed at an amphitheater where rapper Snoop Dogg was performing in Camden, New Jersey, officials said.

One person sustained serious injuries and was in stable condition at a local hospital, according to Dan Keashen, a spokesman for Camden County. Others suffered broken bones and a variety of minor injuries.

A railing near the stage at the BB&T Pavilion collapsed around 10 p.m. in the middle of the concert, which featured Snoop Dogg and Wiz Khalifa, causing the show to be stopped.

Social media video showed the rail falling forward beneath the weight of dozens of people, sending them crashing around 10 feet to the concrete below, as the rappers chanted, “Get up!” during the concert.

The indoor-outdoor venue, across the Delaware River from Philadelphia’s Center City, has a capacity of 25,000, including indoors seating for 7,000.

The amphitheater’s website still listed a concert scheduled for Saturday night featuring the rap group Salt-N-Pepa. Representatives for Live Nation Entertainment, which operates the venue, did not respond to a request for comment on Saturday morning.