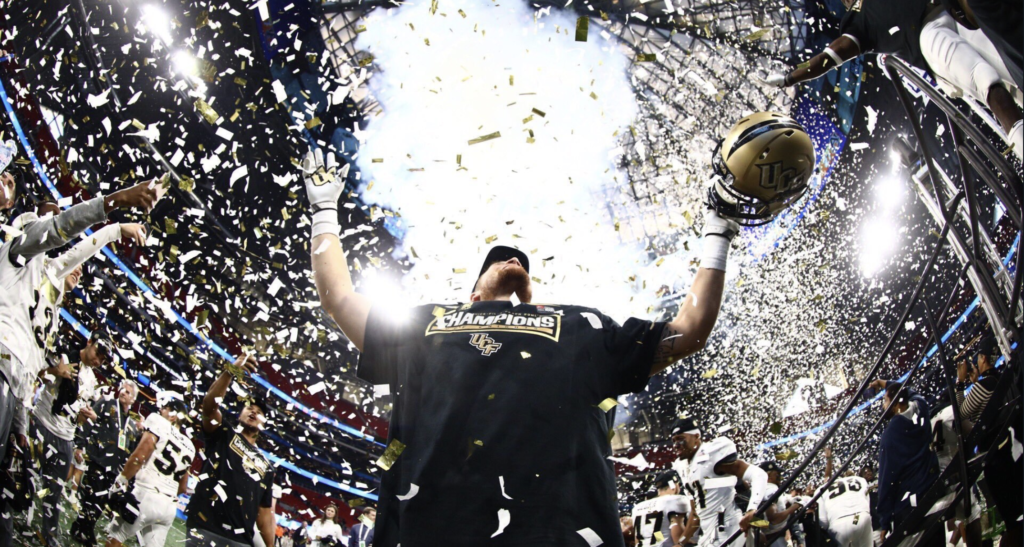 The End of The NCAA is Coming!

The California State Assembly on Monday unanimously passed a bill that would allow college athletes to more easily make money off their own name, image and likeness, beginning Jan. 1, 2023.

The 66-0 vote all but assures that the measure will go to Gov. Gavin Newsom (D). Because the bill was amended after it had passed the State Senate, it will have to return to that chamber for a concurrence vote. However, the Senate approved its version of the bill by a 31-5 margin, and the bill’s basic intent remains unchanged.

If the legislation reaches Newsom’s desk, he will have 30 days to sign it or veto it. If he takes no action, the bill becomes law.

Although an NCAA panel is studying potential changes in the association’s policies regarding athletes’ names, images and likenesses, this sets up the prospect of a conflict between the NCAA’s amateurism rules and the laws of a state that has more than 20 Division I schools, including four members of the Pac-12 Conference.

In a letter to the chairs of two Assembly committees in June, NCAA President Mark Emmert implied that if the bill becomes law as it is written, California schools could face the prospect of being prohibited from participating in NCAA championships.

Newsom is likely to face heavy lobbying from the NCAA, the Pac-12 and university officials from public and private schools throughout the state, although pressure from all of those groups did not persuade legislators.

The legislation gained some national attention last week when Los Angeles Lakers superstar LeBron James tweeted his support, and in a re-tweet, Democratic presidential candidate Bernie Sanders did the same. A new national college-athlete advocacy group also has weighed in.

The NCAA had no immediate comment on Monday’s action.

But it is not difficult to see the legal dispute to which Newsom’s signature on the bill could lead.

According to a history and summary of the bill that was written last week by the staff of an Assembly committee and includes comments for and against, Stanford University’s written opposition states, in part, that the bill “is inconsistent with recent court rulings …that determined that all student-athlete benefits must be tied directly to education purposes only.”

One of the rulings specifically cited by Stanford is pending with the 9th U.S. Circuit Court of Appeals.

NCAA rules presently allow athletes to make money from their name, image or likeness, but only under a series of specific conditions, including that no reference can be made to their involvement in college sports.

Emmert had asked the Assembly committees to postpone consideration of the bill until after the NCAA completes it reviews of the name, image and likeness issue.

The NCAA panel is scheduled to make a final report to the association’s board of governors in October. The California legislative session ends Friday.

The amendments added by the Assembly include provisions designed to address potential conflicts between prospective athlete deals and school deals, such as shoe-and-apparel contracts. An athlete would not be allowed to have a deal that conflicts with a school contract, but a school contract would not be allowed to restrict an athlete from using their name, image and likeness for a commercial purpose when not engaged in official team activities.