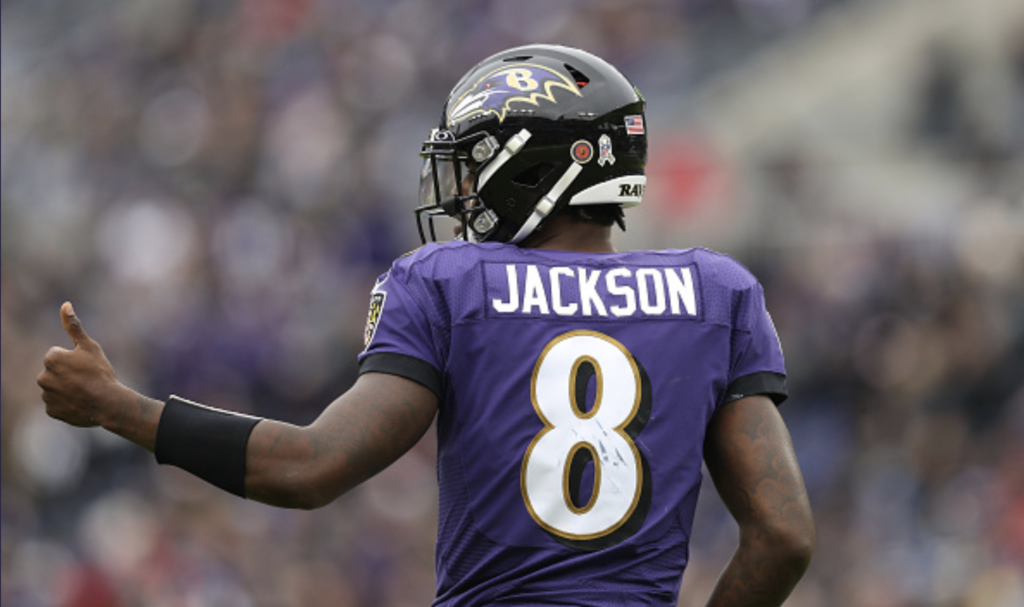 We Are Witnessing Greatness!

Lamar Jackson was an unstoppable force in one of the greatest performances ever in Monday Night Football history, showing the football world once again why he is perhaps the best player in the game.

In a 45-6 rout of the Los Angeles Rams, Jackson ripped long runs and threaded passes in the red zone in another MVP-type masterpiece, leading the Baltimore Ravens to touchdowns on all six of his drives while continuing to rewrite the NFL record book.ADVERTISEMENT

With the backdrop of the Hollywood sign and the bright lights of prime time, here are some feats he established Monday:

In what has become a tradition, Jackson walked off the field hearing the chants of “MVP.”

“I’m not worried about MVP,” Jackson said. “If it comes, it comes. I’ll be satisfied, but I’m trying to win a Super Bowl. That’s a team award; that’s what I want.”

He did all of this despite not playing the final 14 minutes, 43 seconds of the game.

Asked if everyone is witnessing history with Jackson, Ravens linebacker Matthew Judon said: “I don’t know what we’re seeing, but we’re going to continue to watch it.”

Before Jackson exited, the Ravens became the first team since the 2008 New Orleans Saints to score a touchdown on their first six drives of the game. Going back to last week, Jackson has directed Baltimore to score points on 12 consecutive drives (excluding a one-play, end-of-half kneel-down).

“That’s just operating at the highest level you can operate at as a quarterback,” coach John Harbaugh said.

Jackson became the odds-on favorite for NFL MVP last week. But it’s more than just an MVP race now; it’s a competition for most touchdown passes in the league. Jackson is tied with Seattle’s Russell Wilson for the NFL lead with 24 touchdown passes.

“He’s a hell of a player, and I wish him the best,” Rams quarterback Jared Goff said. “I think he’s really proving a lot of people wrong, and you always love to see that.”

Jackson is the third quarterback in the Super Bowl era to win seven straight starts before turning 23, joining Ben Roethlisberger and Drew Bledsoe.

“There’s a reason why people are talking about him as an MVP,” Rams coach Sean McVay said. “It felt like it tonight.”

Baltimore (9-2) leads the AFC North by three games over the Pittsburgh Steelers (6-5) and moves back to within one game of the New England Patriots (10-1) for the top seed in the AFC.

This sets up a marquee matchup Sunday, when the Ravens face the San Francisco 49ers (10-1) at M&T Bank Stadium.

“There is something special here, but you know what? There’s nobody crowned in November,” Harbaugh said. “So we have a lot of work to do.”