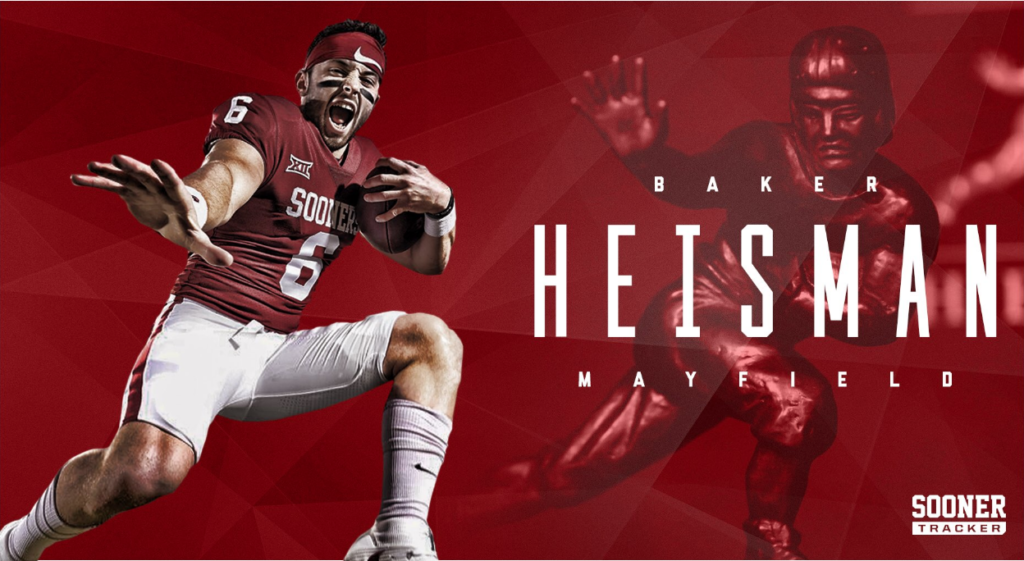 Hand Him The Heisman

Since the NCAA began allowing athletic scholarships in 1950, no player to win the Heisman Trophy ever started his career as a walk-on.

Mayfield, the Oklahoma quarterback whose storybook saga began with him walking-on to Texas Tech, captured the 83rd Heisman in a landslide victory.

Mayfield became the first senior to win the Heisman since Ohio State’s Troy Smith in 2006. Earlier in the week, he also won the Davey O’Brien (best quarterback) and Maxwell (player of the year) awards; the Associated Press and Walter Camp also both named him their player of the year.

Mayfield has put together one of the most impressive individual offensive seasons in the game’s history and, in the process, led Oklahoma to the College Football Playoff for the second time in three years. The Sooners will open the playoff against Georgia in the Rose Bowl on New Year’s Day.

He has completed 71 percent of his passes and thrown for 4,340 yards and 41 touchdowns with only five interceptions. Mayfield is also averaging 11.8 yards per passing attempt, which would shatter the FBS record that Mayfield set last season.