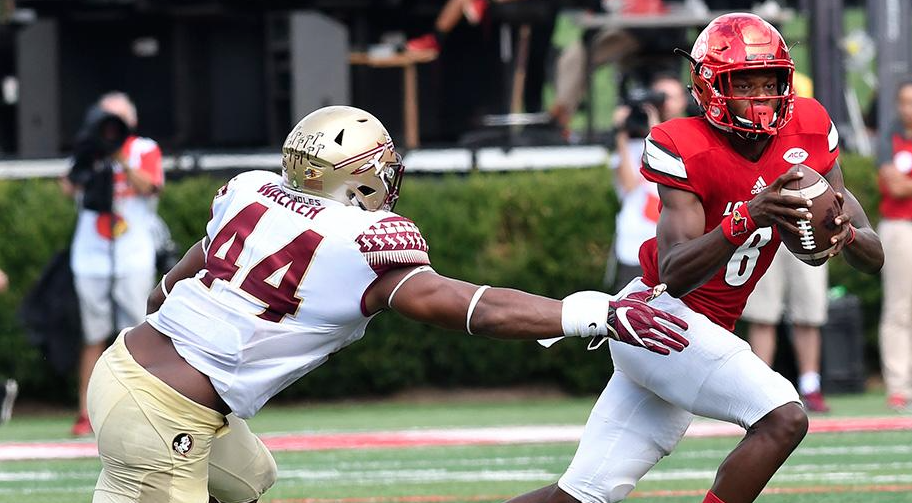 You better Learn Who Lamar Jackson is

Louisville’s star QB was it again today, rushing for a TD on each of the Cardinals’ first two drives, throwing a second-quarter TD pass and then running another one into the end zone — all before halftime as the Cardinals blew out the second-ranked Seminoles, 63-20. 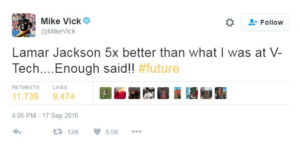 Jackson wasn’t nearly as productive in the second half, but he didn’t need to be. In fact, he took a seat on the bench shortly after his 47-run TD run (see video above) — his fourth rushing TD and fifth score overall in the game. That put 10th-ranked Louisville up 56-10 and put an exclamation point on Jackson’s Heisman candidacy. He finished with 216 passing yards and 146 rushing yards.

The Cardinals put up more than 1,500 yards of total offense in their first two games this season, though it came against unranked Charlotte and Syracuse. Any doubts about their legitimacy were put to rest with more than 500 yards against Florida State.