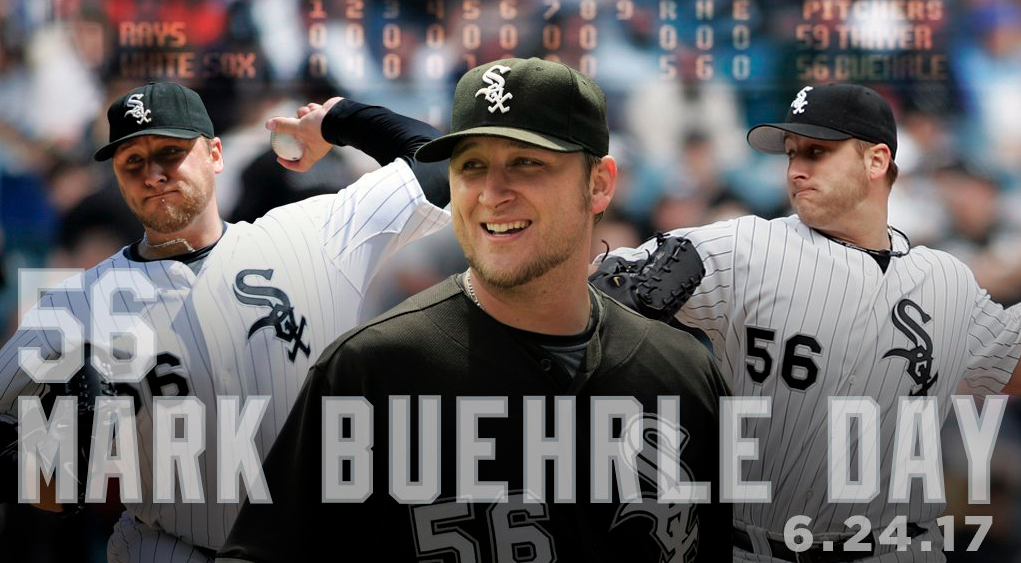 Mark Buehrle will be honored as an all-time great White Sox, with the organization set to retire his No. 56 jersey.

The White Sox made this announcement Thursday, with their ceremony to honor Buehrle set for Saturday, June 24, at 1:10 p.m. first pitch against the A’s at Guaranteed Rate Field.

“Mark Buehrle is one of the most accomplished pitchers in franchise history,” White Sox chairman Jerry Reinsdorf said in a statement. “Mark carried himself with class and professionalism throughout his career, and his popularity with staff, teammates and Sox fans is very well deserved.  Although a very humble person, he certainly showed a flair for the dramatic on the mound, from a no-hitter to an unforgettable perfect game to a World Series title. A standout on the field and a standup teammate in the clubhouse, it is our honor to retire Mark Buehrle’s No. 56 and to welcome him into the legendary class of all-time White Sox greats.”

Buehrle will become the 12th player in White Sox history to have his jersey number retired. The last such honor came in 2015, when the team retired Paul Konerko’s No. 14 jersey.

Buerhle’s place in White Sox history will be remembered for his heroics in the World Series run of 2005, in which he made four appearances and three starts. He pitched a complete game in Game 2 of the ALCS and earned the save in Game 3 of the World Series. Buehrle also pitched a no-hitter against the Rangers in 2007 and a perfect game against the Rays in 2009.