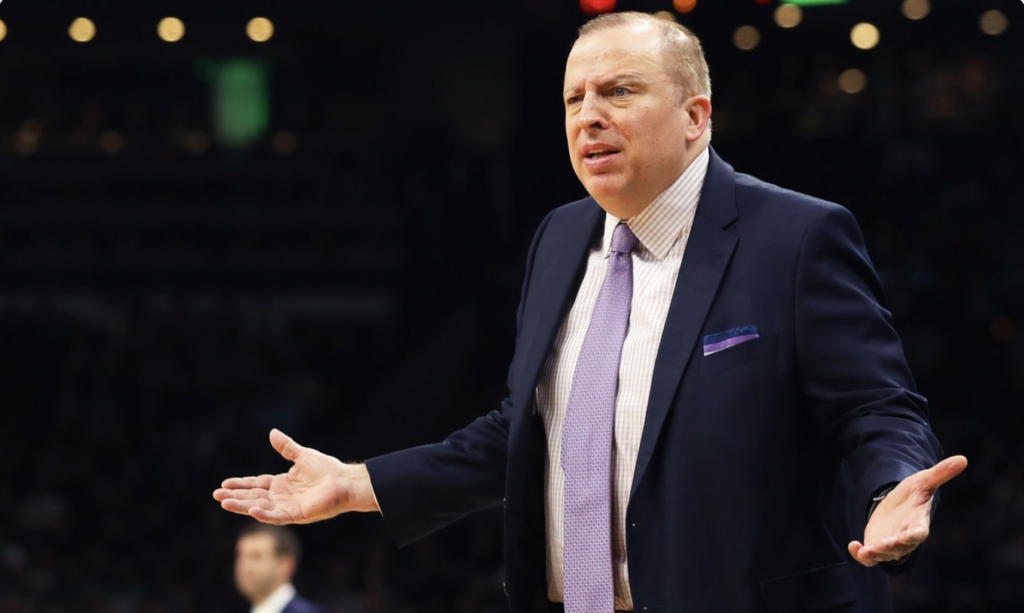 Beat The Lakers By 22, Get Fired

Tom Thibodeau is no longer head coach of the Minnesota Timberwolves after he was sacked by the NBA franchise.

The Timberwolves beat the Los Angeles Lakers 108-86 on Sunday but Thibodeau – who was also the team’s president of basketball operations – was still relieved of his duties later in the day.

Ryan Saunders will serve as Minnesota’s interim coach for the remainder of the season, while Scott Layden will remain in his role as general manager.

“We would like to thank Tom for his efforts and wish him all the best,” Timberwolves owner Glen Taylor said in a statement. “These decisions are never easy to make, but we felt them necessary to move our organization forward.”

Taylor also told the Star Tribune: “I said let’s let it go and see how things worked. I think now, [we’re] halfway through the season and I don’t think we’re where we thought we would be or where we think we should be.

“We still have hopes to get into the playoffs and I think with half the season left, let’s see if this change will make a difference.”

“The results are that I don’t think we should’ve lost against Phoenix or Detroit or New Orleans or Atlanta,” Taylor added. “Maybe one of those games. We just lost against a bunch of teams that we’re a better team.”

Thibodeau took over in Minnesota in April 2016. He registered a 97-107 record in two-plus seasons with the Timberwolves and led them to a playoff berth in 2017-18.

Former Timberwolves star Jimmy Butler, who also played for Thibodeau in Chicago, demanded a trade away from the team before the start of the season.

Thibodeau and Minnesota’s front office eventually sent him to the Philadelphia 76ers in mid-November in exchange for a package centered around Robert Covington and Dario Saric.