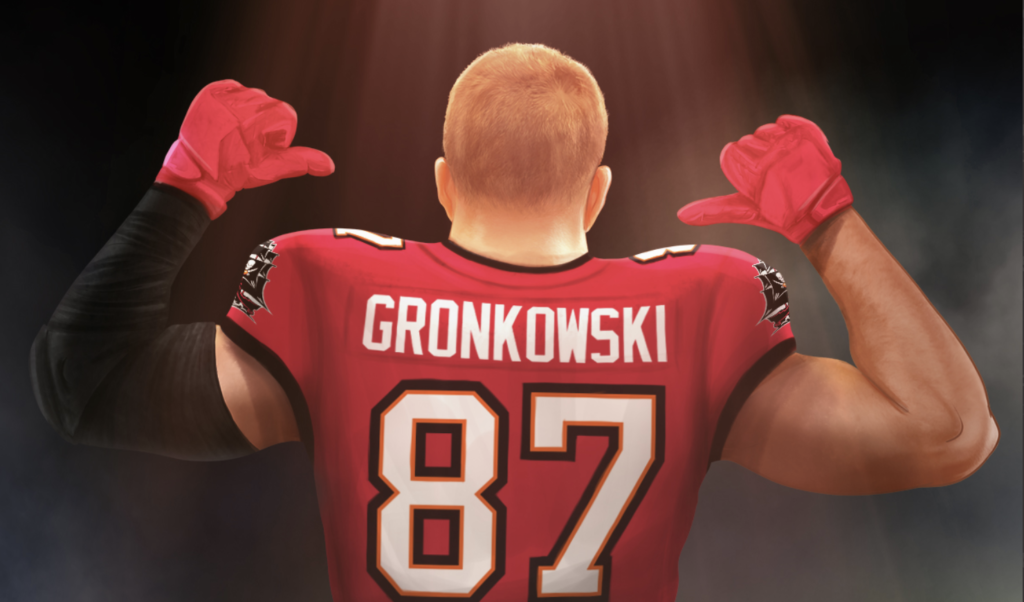 The New England Patriots have agreed to trade Rob Gronkowski to the Buccaneers in a deal that reunites the retired tight end with Tom Brady in Tampa Bay.

Gronkowski’s agent, Drew Rosenhaus, said Tuesday on SportsCenter that the five-time Pro Bowler has been “really invigorated” physically since he retired from football nearly 13 months ago.

“He tells me he feels fantastic, the best he’s ever felt,” Rosenhaus said. “His weight’s back up to 260. He passed his physical with flying colors today. He’s just really excited about playing football again, and being in Florida is exciting for him.”

Gronkowski, who turns 31 next month, has one year and $9 million remaining on his current deal with the Patriots.

“Rob Gronkowski is one of the best tight ends in NFL history and he plays the game with the type of passion and desire that sets him apart,” Buccaneers General Manager Jason Licht said in a statement. “Rob has played his entire career alongside Tom Brady and their accomplishments speak for themselves. Together they have developed the type of chemistry on and off the field that is crucial to success.”

Tampa Bay was the only team Gronkowski was willing to end his retirement to play for, a league source told Schefter.

Rosenhaus also noted on SportsCenter that “playing with Tom Brady obviously is huge” and said Gronkowski contacted him about joining Brady shortly after the star quarterback left the Patriots for the Buccaneers last month.

Gronkowski announced his retirement on March 24, 2019, after a nine-year career during which he won three Super Bowls with New England and was one of the league’s most colorful personalities.

Like Brady, Gronkowski hasn’t played for any team other than the Patriots.

“He loves New England,” Rosenhaus said. “He loves the Patriots organization, coach [Bill] Belichick, the Krafts, his teammates that are still there. He had an amazing run in New England.

“It was just time for him to continue his career with Tom Brady in Florida, with Tampa. It was something cool and exciting and challenging to him. He’s well-rested and looking forward to playing with Tom again.”

New England fans could have a chance to watch Gronkowski and Brady up close again, assuming they’re both still with the Bucs in 2021, when Tampa Bay is scheduled to play the Patriots in Foxborough.

Brady, who signed a two-year deal worth $50 million with Tampa Bay, will enjoy arguably his best collection of passing targets in more than a decade with Gronkowski now in the fold. Tampa Bay has O.J. Howard, the subject of multiple recent trade rumors, and Cameron Brate at tight end and Pro Bowl wide receivers Mike Evans and Chris Godwin.

“Well, he’s doing a pretty good job with WrestleMania right now,” Licht said, referring to Gronkowski’s 24/7 title earlier this month at WrestleMania 36.. “I have no idea if he would want to play. I’ll keep this on the draft right now because that’s like asking about another player on another roster.”

Bucs coach Bruce Arians is not known for extensive use of the tight end in the vertical passing game, but the trade is an example of how Brady’s presence could impact Arians’ playbook. Arians and Brady have both mentioned how excited they are to collaborate.

The Patriots currently have two tight ends on their roster — Matt LaCosse and Ryan Izzo — and the position projects as one of their top needs.

The Patriots own the No. 23 pick in the draft and then don’t pick again until 87th overall, in the third round.