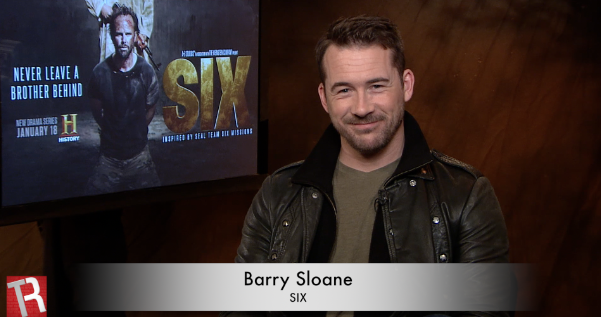 mission to eliminate a Taliban leader in Afghanistan goes awry when they uncover a U.S. citizen working with terrorists.

The team is lead by Walter Goggins who’s captured by Boko Haram two years after making a questionable decision while on a mission in Afghanistan. It’s now up to his former SEAL Team Six brothers–led by Barry Sloane, Kyle Schmid and Juan Pablo to put their differences aside to locate and rescue him.

The Trending Report spoke with Sloane who went into detail about the real missions that inspired the series, the intense training the team received for authenticity and the struggle of balancing work and real life.