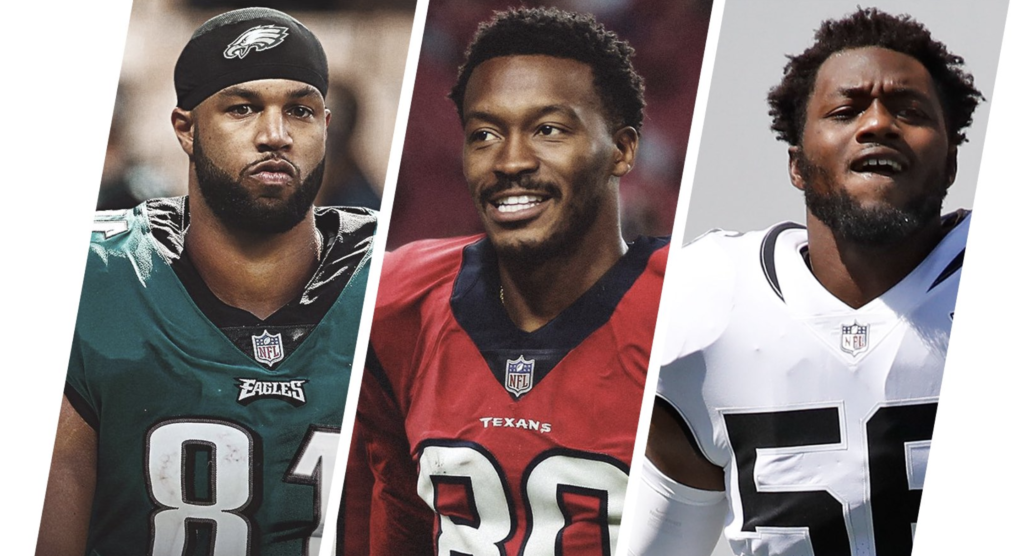 Houston is getting some receiver help by adding the former first-rounder Thomas, who had 665 catches and 60 touchdowns in his nine-plus seasons in Denver. The Texans are trading fourth- and seventh-round picks to the Broncos for the 30-year-old Thomas and a seventh-round pick.

Philadelphia acquired the 30-year-old Tate, who will be a free agent in 2019, for a third-round pick. Tate had 44 catches and three touchdowns in Detroit this season.

Montgomery, who had just 26 carries and 15 catches in Green Bay this season, is headed to Baltimore for a seventh-round pick in 2020. He is a free agent after the season.

Clinton-Dix, who has started 65 games for Green Bay since being picked in the first round in 2014, is off to Washington for a 2019 fourth-round pick. Clinton-Dix has three interceptions this season, and he was a Pro Bowler in 2016.

Former No. 3 overall pick Dante Fowler Jr. is headed to Los Angeles, and the Rams are giving up a 2019 third-round pick and a 2020 fifth-round pick. Fowler has two sacks this season while playing only 32.7 percent of the Jags’ defensive snaps.