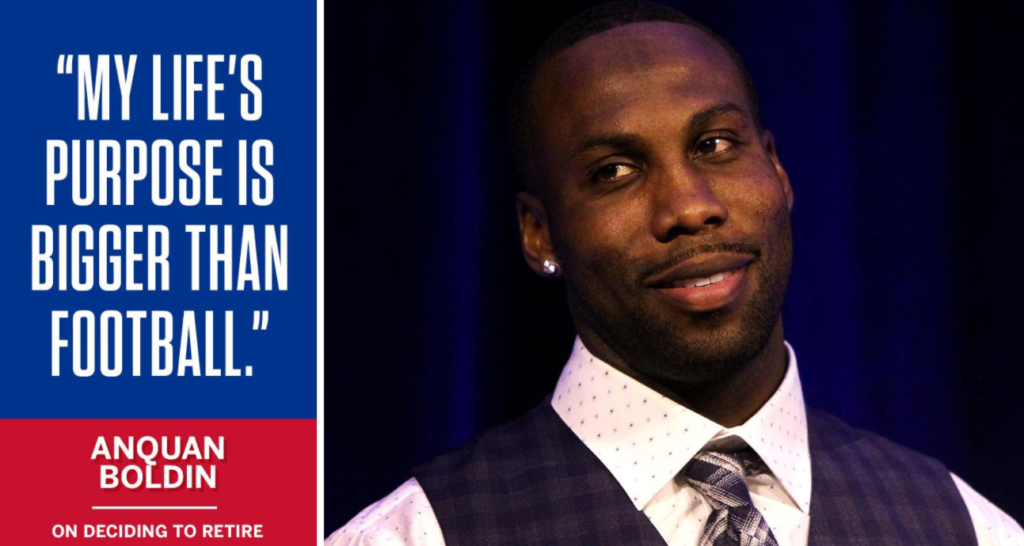 “My Life’s Purpose is Bigger Than Football!”

Anquan Boldin’s stay with the Buffalo Bills lasted less than a fortnight.

The receiver signed with the Bills on August 7. After 13 days, he left the club and informed the team he’s retiring, per the team.

Boldin said his decision to retire came in the wake of the violence which occurred in Charlotteville, Virginia, earlier this month. He said nothing during his time with the Bills influence his decision to step away from the game.

“Just seeing things that transpired over the last week or so [in Charlottesville], I think, for me, there’s something bigger than football at this point,” Boldin said Monday on SiriusXM NFL Radio. “It’s kind of shocking for me to say that because football has been something I’ve dedicated my life to. I can remember as a kid wanting to get to the NFL and wanting to be a professional football player. I dedicated my life to that and I never thought anything would take the place of that passion, but for me it has.

“I’m uncomfortable with how divided we are as a country,” he continued. “Is it something new to us? No. Is it something that we’re just starting to experience? No. But to see just how divided we are. I’m uncomfortable with that. Do I expect everyone to feel the same way I do? Of course not. Different people have different passions about different things.”

Boldin retires following 14 sensational NFL seasons after being drafted in the second round by the Arizona Cardinals in 2003.

“We respect Anquan’s decision to retire from the NFL,” Bills general manager Brandon Beane said in a statement. “We appreciate the time he gave us over the past two weeks. He is one of the best receivers to play this game and we wish him and his family all the best moving forward.”

Boldin paired with Larry Fitzgerald for six seasons in the desert to form one of the most devastating receiving combos in the NFL. After seven years with the Cards, he moved to Baltimore for three seasons before three years in San Francisco. Boldin spent 2016 with the Detroit Lions.

One of the greatest possession receivers in NFL history, Boldin ranks 14th all-time in receiving yards with 13,779 on 1,076 receptions with 82 touchdowns.

The 36-year-old Boldin was productive in every stop. Since 2008, he earned 3,495 yards after the catch, per Pro Football Focus. Only Wes Welker and Larry Fitzgerald have more in that span.