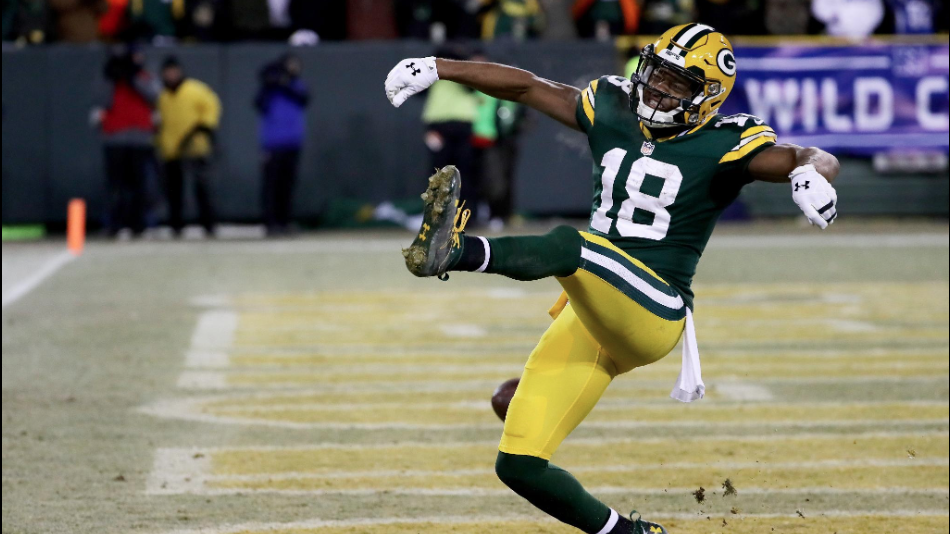 One Receiver Comes Up Big in Packers Giants Game

Last year, Randall Cobb watched the end of the Green Bay Packers’ playoff loss in an Arizona hospital after being forced from the game. He almost spent this season’s playoff game sidelined as well.

Cobb missed the previous two contests with an ankle injury and his availability Sunday afternoon went down to the wire.

“I still today didn’t know whether they were going to activate me or not,” Cobb said. “I was hoping so but I thought I was going to be activated last week and I wasn’t … I’m still playing through some pain and I’m going to have to, that’s part of it. I’m sure there are a lot of guys in pain right now but I’m glad coach was able to activate me tonight and give me an opportunity.”

Not only did Cobb play, he proved pivotal once Jordy Nelson went out with a rib injury in Sunday’s 38-13 win over the New York Giants.

Cobb was held out of many plays early as the Packers offense stumbled out of the gate. Once Nelson left, coaches had no choice but to trust Cobb’s ankle would hold up.

All Cobb did was tie an NFL record with three touchdown catches in a single playoff game. He finished with five receptions for 116 yards and the three scores, which included a game-changing Hail Mary to end the first half. Cobb became the second Packers player in the Super Bowl era with 100-plus receiving yards and 3-plus receiving TDs in a playoff game — Sterling Sharpe (101 yards, 3 TDs) in a 1993 Wild Card win at Detroit.

“I’ll tell you what, he’s something,” coach Mike McCarthy said of Cobb. “I was probably the last one in the building convinced that he was ready to go. He made a huge jump from Wednesday’s practice to Thursday but that just tells you so much about him and the connection that him and Aaron (Rodgers) have. So it was great to have him out there and obviously he was huge today.”

Aaron Rodgers gushed about Cobb after the win.

“We’re better with 18 on the field and he showed it tonight,” Rodgers said.

With Nelson’s availability in doubt for next week’s tilt in Dallas, the Packers will need a healthy Cobb to shine again.